IOM
Murals have been painted in Haiti, in key migrant departure points warning of the dangers at sea.

Amid growing insecurity and gang violence in Haiti, the numbers of desperate people resorting to risky sea crossings has sharply increased. On Friday the UN called for regional Governments to step up protection for refugees.

Speaking to journalists at the Palais des Nations in Geneva, Shabia Mantoo, a spokesperson for the UN refugee agency (UNHCR), told journalists that many of the dangerous crossings in the Caribbean Sea take place in overloaded and unseaworthy boats

Ms. Mantoo cited a recent example of a vessel carrying over 800 Haitians, bound for the United States, that instead arrived in Cuba after being abandoned by its captain and set adrift at sea.

Many of those who resort to dangerous sea crossings are fleeing the political instability and socio-economic insecurity of the region, which has put severe strains on communities throughout the Caribbean.

Haiti is being rocked by violent gang-related activity, internal displacement, natural disasters, and a lack of employment opportunities. Under such dire humanitarian and security conditions, the outlook for those pushed back or forced to return to the country is poor.

Refugees in the Caribbean region are not solely Haitian, but there are clear signs that more migrants and asylum seekers are fleeing the troubled island nation.

As of May, the US Coast Guard reported almost 3,900 interceptions of Haitian nationals, more than double the number reported a year ago. In addition, at least 175 Haitians have been reported to the Coast Guard as missing or deceased.

Ms. Mantoo said that UNHCR is urging Governments in the region to fulfil their maritime rescue obligations, and ensure that all those in need of international protection are identified, and offered unobstructed and prompt access to fair asylum procedures.

“Search and rescue at sea is a legal and humanitarian imperative, and those rescued include refugees and others in need of protection”, explained Ms. Mantoo. “Coordination, solidarity, and responsibility-sharing are crucial in responding effectively and ensuring that people in need of international protection are not returned to their country of origin, and the dangers they have fled”.

The spokesperson went on to note that countries receiving refugees and migrants have the first line of responsibility in protecting those who may have well-founded fears of persecution in their country of origin.

“It is vital to ensure that arrangements for disembarkation of those rescued do not result in summary return, and that they have access to procedures to have their claims assessed before being expelled or deported”, Ms. Mantoo told journalists.

In response to the growing numbers risking their lives in perilous sea crossings, UNHCR is working with Governments in the region to support the response and reception of arrivals at their borders, strengthen asylum systems, ensure the protection of refugees in a fair and efficient manner, and support international human rights and refugee law, while respecting national security concerns and state sovereignty. 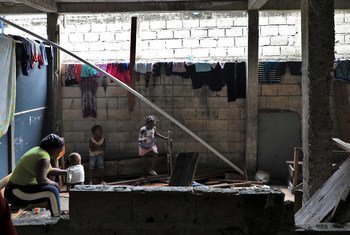