Israelis and Palestinians must push beyond the paradigm of managing the conflict and move towards resolving it, the Special Coordinator for the Middle East Peace Process told the Security Council on Thursday, as he expressed particular concern that dynamics in the occupied West Bank could spiral out of control “at any time”.

“There are tangible, ongoing arrangements that can be regularized and expanded immediately – if there is political will,” said Tor Wennesland, adding that he is actively engaged with Israelis, Palestinians, regional States and the broader international community, to forge a return to the negotiating path that will end the occupation and establish two States.

#UN Envoy @TWennesland: We must push beyond the paradigm of managing the conflict &amp; move towards resolving it. There are tangible, ongoing arrangements that can be regularized and expanded immediately – if there is political will. #Israel #Palestine #SecurityCouncil

To be sure, recent weeks have been filled with the familiar pattern of daily violence, he said: armed clashes, settlement expansion, evictions, demolitions and seizures of Palestinian structures, as well as a deadly terrorist attack in Israel.

Meanwhile, the Palestinian Authority’s financial situation – compounded by the constraints of the occupation, the absence of serious Palestinian reforms and unclear prospects for donor support – is dire.  These dynamics, combined with the financial crisis, are “dangerously converging and intensifying”, he said.

While immediate steps to reverse the trends and support the Palestinian people are essential, a better coordinated and strategic approach by the parties and the international community is needed.

First and foremost, he called for expanded and more sustainable economic relief.  An agreed and updated regulatory framework for the Israeli-Palestinian economic relationship is not only vital to bringing about meaningful economic dividends for the Palestinians, but would add a tangible political perspective to these economic steps.

He also called for political and security steps that address core conflict drivers and ultimately lead towards an end to the occupation and the achievement of a negotiated two-State solution.

Death of a hero

He also acknowledged the killing of revered Palestinian-American journalist Shireen Abu Aqleh, as she covered events in the West Bank city of Jenin on 11 May.

“Her death brought Palestinians, and countless others around the world, together in grief and anger,” he said, while serving as another reminder of the devastating human cost of the conflict.

Against that backdrop, he reiterated the Secretary-General’s condemnation of all attacks against journalists and his call for relevant authorities to carry out an independent and transparent investigation.  “Those responsible must be held accountable,” he insisted. 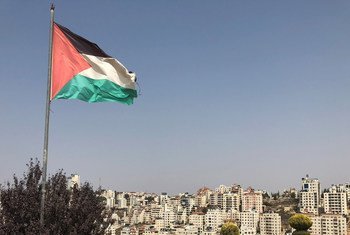 The top UN official in the Middle East has urged Israel to halt all settlement activity following the latest approval given to new construction in the Occupied Palestinian Territory, announced on Thursday. 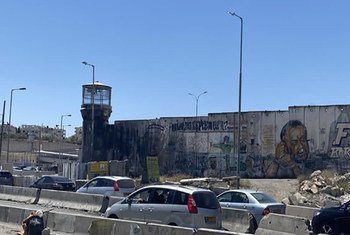 Recent violence in the occupied West Bank and terror attacks in Israel have killed and injured scores of civilians, the UN Special Coordinator for the Middle East Peace Process updated the Security Council on Monday.