UN Photo/Manuel Elías
Richard Bennett, speaks at a special event on human rights at the United Nations in 2016. (file)

Afghanistan is at a crossroads and the de facto authorities, the Taliban, must pursue a path towards stability and freedom for all citizens, especially women, the UN independent expert on human rights there said in the capital, Kabul, on Thursday.

Special Rapporteur Richard Bennett was speaking to journalists at the end of an 11-day visit to the country.

Mr. Bennett said Afghanistan is facing a plethora of human rights challenges that are having a severe impact on the country’s people. However, the Taliban have failed to acknowledge or address the magnitude and gravity of abuses, many of which were committed in their name.

“The Taliban stands at a crossroads. Either the society will become more stable and a place where every Afghan enjoys freedom and human rights, or it will become increasingly restrictive,” he said.

“If benchmarks are met such as the urgent opening of secondary schools for girls, the establishment of an inclusive administration that genuinely represents every segment of the Afghan society, and a platform is provided for dialogue and avenues for redressing grievances, the risks of further instability and suffering in Afghanistan may be mitigated.”

The invitation by the de facto authorities allowed the UN expert access to the entire territory, and to visit sensitive locations, such as schools, hospitals, and prisons, reflecting what he called a crucial commitment to ensure that transparent monitoring could be undertaken.

Mr. Bennett noted that armed hostilities in many parts of the country had ceased, with a reduction in conflict-related casualties since the Taliban takeover last August. The recent establishment of a commission for the return of leading Afghan personalities may provide an opportunity for dialogue, and potentially strengthen governance, he added.

Addressing the ongoing humanitarian and economic crisis, Mr. Bennett called on the international community to continue to provide support to Afghanistan, and to ensure equitable and gender-sensitive aid distribution.

Governments also should ensure that the implementation of sanctions does not substantially hamper the provision of essential public services.

Mr. Bennett also expressed alarm that many of the de facto authorities’ policies and drive for absolute control, are having a cumulative effect on a wide range of human rights. They also are creating a society ruled by fear.

The advancing erasure of women from public life was especially concerning, he said, citing measures such as the suspension of girls’ secondary education, severe barriers to employment, enforcing a strict form of Hijab, or body covering, and limits on freedom of movement, association, and expression.

“I call upon the de facto authorities to immediately reverse policies and directives that negatively impact women as well as to prioritize women’s and girls’ rights to equal participation in education, employment, and all other aspects of public life,” he said.

The rights expert also called for investigations into a series of attacks on places of worship and schools in Kabul, Kunduz, and Balkh provinces, some of which have been claimed by the ISIS-K terrorist group.

He said such attacks, which specifically target members of the Hazara, Shia, and Sufi communities are becoming increasingly systematic in nature and reflect elements of an organizational policy, thus bearing hallmarks of crimes against humanity.

Recently, Panjshir and other northern provinces have seen clashes between the de facto security forces and fighters affiliated with the National Resistance Front, an anti-Taliban group.

The high number of reports of intimidation, harassment, attacks, arrests, and in some cases killing or disappearance of journalists, prosecutors, judges, and civil society members, was another serious concern, he said.

Special Rapporteurs like Mr. Bennett monitor and report on specific country situations or thematic issues in all parts of the world.

These independent experts receive their mandates from the UN Human Rights Council and serve in their individual capacity.

Mr. Bennett was appointed in April and will deliver his first report to the Council in September. 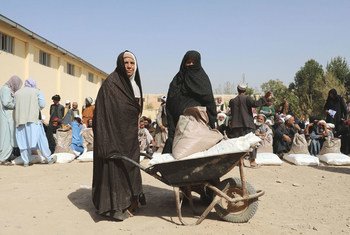 Nearly 20 million people in Afghanistan – almost half the population – are facing acute hunger, humanitarians warned in a UN-backed report, published on Monday. 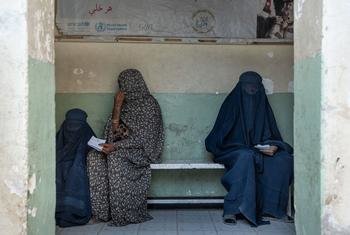 The UN Assistance Mission in Afghanistan (UNAMA) issued a statement of deep concern on Saturday in response to an announcement made by the Taliban de facto authorities saying that women should only leave their homes in cases of necessity and then, with their faces covered in public.