© Unsplash/Tim Mudd
Young girls protest at the March For Our Lives rally in Washington, D.C. (file)

Governments must take greater action to ensure school remains a safe place for boys and girls, the head of the UN children’s agency, UNICEF, said on Wednesday, following the latest deadly school shooting in the United States.

At least 19 children and two teachers were killed on Tuesday when 18-year-old gunman Salvador Ramos opened fire at Robb Elementary School in the small city of Uvalde, Texas, located near the border with Mexico.

Catherine Russell, UNICEF’s Executive Director, said there have already been “horrific attacks” this year on schools in Afghanistan, Ukraine, the US, West Africa and beyond.

“Tragedy after tragedy, shooting after shooting, young life after young life: how many more children will die before government leaders act to keep children and their schools safe? Because until they do, these horrors will continue,” she said in a statement.

Ms. Russell emphasized that outside of their homes, school is the one place where children should feel safest.

She noted that in addition to the lives lost, “many more children, teachers and school staff who witnessed the carnage will bear the emotional and psychological scars for the rest of their lives.”

UN Secretary-General António Guterres was deeply shocked and saddened by “the heinous mass shooting”, saying it was particularly heart-wrenching that most of the victims are children.

Mr. Guterres has extended his heartfelt condolences to the families and loved ones of the victims and to the entire community, his Spokesperson said in a statement issued on Tuesday.

“When children go to school, they should only be concerned about learning,” she wrote.  “Children should not go to school fearing for their lives!”

Ms. Mohammed said her heartfelt prayers are with the families, classmates and teachers who are mourning this “devastating loss”.

COVID jabs needed for educators and kids to keep schools open: WHO, UNICEF 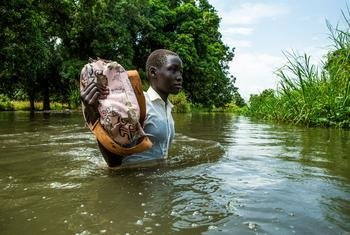 Over-consumption in the world’s richest countries is creating unhealthy, dangerous, and toxic conditions for children globally, according to a new report published on Tuesday by the UN Children’s Fund (UNICEF).