UNITAMS
Representatives of the tripartite mechanism (AU-IGAD-UNITAMS) meet in the context of intra-Sudanese indirect talks facilitated by the mechanism.

Time is short for Sudan to reach a solution to its protracted political crisis, the Special Representative for the country told the Security Council on Tuesday, warning that if the impasse is not urgently overcome, the consequences will be felt beyond national borders, impacting a whole generation.

“The crisis facing Sudan is entirely homegrown and can only be resolved by the Sudanese,” Volker Perthes, who is also Head of the United Nations Integrated Transition Assistance Mission in Sudan (UNITAMS), told Council members.

Envoys of the trilateral mechanism facilitating intra-Sudan talks – the United Nations, the African Union and regional body, the Intergovernmental Authority on Development (IGAD) – have stressed that it is up to the Sudanese, particularly the authorities, to create an environment conducive to the success of any negotiations.

SRSG @volkerperthes Remarks to the Security Council on 24 May 2022, during the 9041st meeting on the situation in #Sudan https://t.co/84y8IGm9FF pic.twitter.com/jr0zCfecTj

Outlining developments since March, he said authorities have released 86 detainees across the country, including high profile officials affiliated with the work of the Dismantling Committee and activists from the Resistance Committees.

Violence by security forces against protestors also appears to have decreased overall, although violations still occur.

At least 111 people reportedly remain in detention in Khartoum, Port Sudan and elsewhere.  On 21 May, another protestor was killed by security forces, bringing the number of those reportedly killed to 96.

“If the authorities want to build trust, it is essential that those responsible for violence against protesters be held to account,” he stressed.

A growing number of Sudanese parties and eminent national figures have come forward with initiatives to solve the political crisis, he said, while several political coalitions have formed new alliances around common positions.

Against this backdrop, he said the trilateral mechanism held initial talks with key components of Sudanese society and politics throughout April, among them, political parties and coalitions, representatives from resistance committees, youth, the military, armed groups, Sufi religious leaders, women’s groups and academics.

He said the aim was to canvass the views of the stakeholders on the substance and format of a Sudanese-led and owned process of talks.

While almost all have shown willingness to engage with facilitation efforts, some key stakeholders continue to reject face-to-face talks with other counterparts or prefer to participate indirectly.

Charting a way out

“Forging shared understandings around these issues will help chart the way out of the crisis and address the institutional vacuum after the coup,” he said.

On the security front, he said recent events in West Darfur, including the destruction and displacement in Kerenik and violence in Geneina between 22 and 26 April, have again exposed deficits in the State’s ability to provide security and protection for civilians.

The Permanent Ceasefire Committee, chaired by UNITAMS, has launched an investigation into possible ceasefire violations, following the submission of formal complaints by the parties.

In Darfur, high risk of violence

“The risk of a new outbreak of violence remains high,” he cautioned.  Ultimately, protection of civilians requires that the causes of conflict are addressed, including issues of decades-long marginalization, land issues and the return of internally displaced persons and refugees.

In the meantime, physical protection must be a priority for the Sudanese authorities and for the local/state governments in Darfur.

He said food prices in April jumped 15 per cent compared to March and remain 250 per cent higher than respective prices in 2021.  The combined effects of political instability, economic crisis, poor harvests and global supply shocks are having a “disastrous” impact on inflation.

The number of Sudanese facing acute hunger is projected to double to 18 million by September.

Noting that most Sudanese stakeholders realize that the geopolitical environment is becoming more challenging, and the international gaze is deflected from Sudan, he said: “Too much is at stake, too many hopes and aspirations impacted”.  He urged the Sudanese to seize this opportunity to make progress. 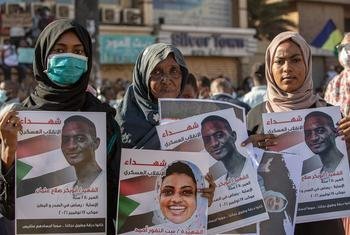 The United Nations envoy for Sudan told the Security Council today that consensus has emerged on many issues towards establishing a functional government, warning that Khartoum could lose out on billions of external aid without such an administration. 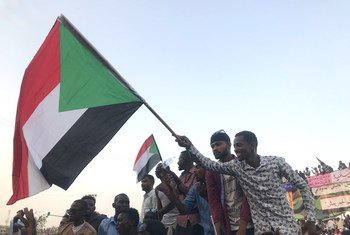 Reported killings and injuries during peaceful demonstrations in Sudan is a cause for deep concern, said the UN human rights office on Friday (OHCHR).