IOM/Monica Chiriac
Families displaced by gang violence in the Haitian capital Port-au-Prince live in a school before being relocated by the UN.

“Armed violence has reached unimaginable and intolerable levels in Haiti,” High Commissioner Michelle Bachelet said, urging the Haitian authorities, with the support of the international community, to promptly restore the rule of law and protect people from the fighting.

Between 24 April and 16 May, at least 92 people unaffiliated with gangs and some 96 alleged gang members, were reportedly killed during coordinated armed attacks in the sprawling Haitian capital.

Another 113 were injured, 12 reported missing, and 49 kidnapped for ransom, according to figures corroborated by UN human rights officers – although the actual number of those killed may be much higher.

“It is crucial for urgent steps to be taken to restore the rule of law, to protect people from armed violence and to hold to account the political and economic sponsors of these gangs,” stressed Ms. Bachelet.

Some of the brutal violence includes beheadings, the burning and dismemberment of bodies, along with the killing of minors accused of being informants for rival gangs.

Sexual violence, including gang rape of children as young as 10, has also been used by armed gang members to terrorize and punish people living in areas controlled by rivals, according to the UN Human Rights Office (OHCHR). Child gang recruits have also been reported.

Over the past three weeks, thousands of people, including children, have been forced to abandon their homes and find shelter in temporary sites or host families in other areas of the country.

“Gang violence has had a severe impact on the most basic human rights of people,” the High Commissioner said.

“Dozens of schools, medical centres, businesses and markets remain closed, and many people are struggling to find basic products including food, water and medicines.

At the same time, movement along the two main national roads connecting the capital to the rest of the country has been seriously compromised as gangs exert control in areas under their influence.

“Such restrictions on the movement of people and goods could also have long-term devastating impacts on the already difficult economic situation in Haiti,” Ms. Bachelet said.

She also detailed that the fragility of State institutions, in particular the police and judiciary, has fuelled the lawlessness, expressing fear that the violence will only escalate as ongoing police operations have yet to re-establish public order.

Moreover, there have been reports of some human rights violations during these operations.

“State institutions need to be strengthened to combat impunity and corruption,” she said.

“The authorities have a duty to protect life from all reasonably foreseeable threats, including from threats emanating from private individuals and entities, such as armed criminal gangs.”

Despite its multiple and long-standing challenges, the High Commissioner said: “Haiti should not be forgotten and should remain a priority for the international community”.

“I urge the international community to redouble its efforts to prevent the situation from spiralling further out of control,” she stressed.

In the coming weeks, the UN Security Council is due to debate the future mandate of the UN presence in Haiti.

It is paramount that human rights of Haitians be at the heart of the international response, including on issues related to sexual and gender-based violence, concluded Ms. Bachelet. 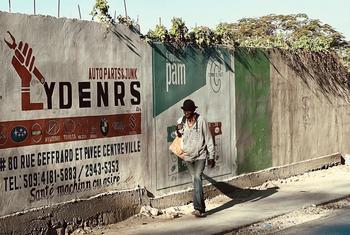 Clashes in Haiti between rival gangs in the capital, Port-au-Prince, have forced hundreds of people to flee their homes, the UN Deputy Spokesperson said on Tuesday. 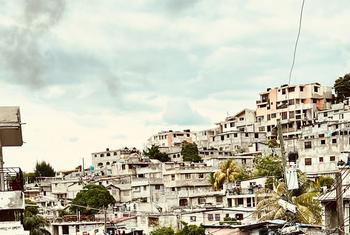 Samuel (not his real name) grew up near the Haitian Capital of Port-au-Prince, and has seen his childhood home descend into lawlessness and gang violence. Now a staff member with the UN Development Programme (UNDP) in the country, he faces the daily risk of kidnapping, or worse.