“My position as head of National Trafficking in Persons Investigation Office in Lithuania was very challenging, but also very interesting. I would conduct and coordinate domestic and international police operations and investigations that led to the identification and rescue of victims.

We would receive information that there was a potential case of exploitation involving Lithuanians at a certain location. We then contacted the law enforcement authorities in that country and organized a rescue operation.

We had to act very fast and be prepared to move from one place to the next. I had many days when my breakfast, lunch and dinner would be in different countries.

Sometimes, I would work undercover, so not dressed in a police uniform. I remember having to run after a victim in heels down a street in the United Kingdom. I had to be careful not to break my leg.

Lithuanian criminal groups were very active in human trafficking at home and abroad at that time. They had very good connections to Albanian organized criminal groups, which were operating all over Europe.

I calculated that in my career I had been involved in the rescue of over one thousand victims of trafficking. Then I stopped counting. There were so many damaged lives. I received a special police award for “Saved Lives”.

I retired from the police after serving 22 years after reaching the highest possible position within the field, so by 2020 it was the time to move to an international level and share the knowledge I had gained.

My mandate working in Tashkent, Uzbekistan, is different now. I do not have the kind of power I had as a national police officer, but I have authority on behalf of UNODC to cooperate with authorities in Central Asia and provide technical assistance to increase the region’s capacity to detect and investigate cases of human trafficking.

I know a lot about this crime - how it is organized and the methods of the traffickers. But to be successful in my new role, this was not enough.

Once I arrived in Central Asia, I had to understand the peculiarities of the region and consider the cultural and legal background in the context of human trafficking.

I needed to learn about the different procedures and resources in the region to combat this crime and which investigative tools were available.

Now I train and mentor officials who work in the law enforcement and justice sectors, advise non-governmental organizations that support victims of trafficking and support the development of anti-human trafficking legislation and procedures.

Whatever is needed, I am here to help.

Investigating all forms of trafficking

Based on official data, the main countries of destination for people being trafficked from Central Asia are Russia, Turkey, Kazakhstan, and South Korea.

Aside from Kazakhstan, which is also a destination country for victims from Central Asia, all countries in the region are source countries for trafficked people.

Most investigations are into cases of sexual exploitation and there are some detected cases of trafficking for labour exploitation.

I am trying to encourage the authorities to start investigating other forms of trafficking, such as trafficking for forced marriage, forced begging or involvement into forced criminal activities or in armed groups.

Also, the official data show that the majority of people convicted for trafficking offences, especially in cases of sexual exploitation, are women. I want to find out more about this, because I believe that behind these women there could be men who are the real organizers of the trafficking business. This is a region where culturally men take the lead.

I would say that traffickers are more sophisticated nowadays and more subtle.

They do not rely so much on the use of violence. They lure victims with kind words and promises or pretend to be a boyfriend to trap them.

In the beginning of my career, I experienced cruel cases in which victims were found hung or beaten, sometimes to death. I saw the signs of violence on their bodies. In other cases, victims were drugged and then sexually exploited.

I worked on a case involving homeless Lithuanian men. They were given alcohol, taken to Spain, and forced to work on a remote farm. At night, they were chained to radiators so they would not escape.

For me this job will always be about the protection of human rights. It is what I know best.” 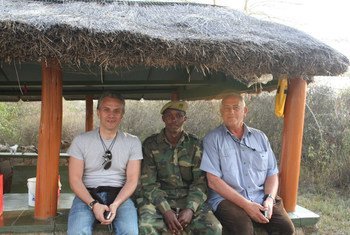 Ilias Chatzis heads up a global team of more than 60 experts at the UN Office on Drugs and Crime (UNODC), committed to countering Human Trafficking and Migrant Smuggling. He says that more focus needs to be placed on those who profit from the crimes, and on the protection of the victims. 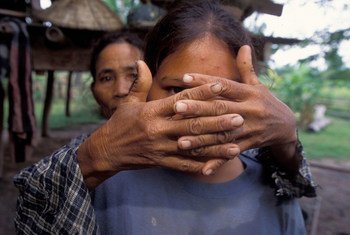 The COVID-19 pandemic has exacerbated factors that fuel human trafficking such as poverty, unemployment and gender-based violence, the President of the UN General Assembly said on Monday, urging countries to boost efforts to prevent and respond to this “vile crime”.