Photo: UNAMA/Fardin Waezi
A view of Kabul, the capital of Afghanistan.

The United Nations has condemned the deadly bomb blasts at two educational institutions in Afghanistan’s capital, Kabul, on Wednesday, which killed at least six people and wounded nearly 20 others.

The explosions took place at the all-boys Abdul Rahim Shahid high school and the nearby Mumtaz Education Centre, both located in the Dasht-e-Barchi area,  a predominantly Shiite Muslim neighbourhood in western Kabul.

Humanitarian community condemns sensless attack on schools in #Kabul today. Those who committed crime must be brought to justice. We join @unafghanistan @OCHAAfg with sympathies to victims’ families & wishes for speedy recovery for the wounded. https://t.co/6OxY5m4mwQ

The attack at the Abdul Rahim Shahid high school reportedly occurred as students were coming out of their morning classes, according to the UN in Afghanistan.  The blasts at the Mumtaz Education Centre followed shortly afterwards.

“Violence in or around schools is never acceptable. For the people of Afghanistan, already beleaguered by forty years of war, schools should be safe havens, and places where children can learn and flourish,” he said.

Mr. Alakbarov underlined that attacks against civilians and civilian infrastructure, including schools, are strictly prohibited under international humanitarian law.

The UN Assistance Mission in Afghanistan (UNAMA) took to Twitter to unequivocally condemn the “heinous” attacks.

“Those responsible for the crime targeting schools and children must be brought to justice,” the UNAMA tweet said, noting that Mission chief Deborah Lyons has extended her deepest sympathies to the families of the victims, and wishes for a speedy recovery for the wounded.

“Afghanistan’s ethnic, religious and linguistic diversity is at great risk. It must be respected and kept safe,” Mr. Grandi wrote on his official Twitter account.

In expressing her condemnation, the head of the UN Children's Fund (UNICEF), Catherine Russell, noted that the number of casualties is expected to rise.

She also appealed in the strongest terms to all parties to protect boys and girls at all times.

“Attacks on children and education facilities constitute grave rights violations," said Ms. Russell. "Schools are more than places of learning; they should be havens of protection and peace." 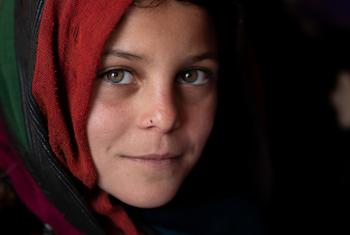 As the world focuses its attention on the war in Ukraine, the UN reminded the international community on Thursday to remember Afghanistan as it kicked off a pledging conference to save the lives and livelihoods of those in the landlocked country. As the conference drew to a close, it was announced that a total amount of $2.4 billion had been promised.