Unsplash/Ehimetalor Akhere Unuabona
Demonstrations in support of Ukraine have taken place in numerous places in London, including in Trafalgar Square.

The UK scheme set up to connect British hosts, with Ukrainian refugees, works by initially connecting the two parties together outside any regulatory framework, via social media groups or other means.

Those refugees seeking safe haven in the UK, must have a sponsor, before applying for a visa. Bureaucratic delays in issuing visas to refugees – in contrast to the swift action taken by some central and eastern European nations – led the UK’s Home Secretary to issue an apology last Friday, for the long waiting times and inconvenience facing often traumatized applicants, fleeing the Russian invasion.

In a statement issued on Wednesday, UNHCR said that it had been “made aware of increasing reports of Ukrainian women feeling at risk from their sponsors with regards to the ‘Homes for Ukraine’ sponsorship scheme.

“UNHCR highlights the need for adequate safeguards and vetting measures to be in place against exploitation, as well as adequate support for sponsors. UNHCR believes that a more appropriate matching process could be put in place by ensuring that women and women with children, are matched with families or couples, rather than with single men.”

The agency warned that matching done “without the appropriate oversight may lead to increasing the risks women may face, in addition to the trauma of displacement, family separation and violence already experienced.”

The agency also said it was concerned about the repercussions involved, if any original UK host, turned out to be a “potential threat to the safety of the refugee”, as well as the six-month minimum duration stay, laid out in the hastily drawn up scheme.

UNHCR stressed that “appropriate training and information” is needed to ensure that hosts themselves “make an informed decision when applying to become sponsors.”

“Housing a stranger in an extra bedroom for an extended period is not for some people sustainable”, the agency added.

Local authorities in the UK are already reporting that they are “overwhelmed” with requests to provide financial support to hosts and providing staff from social services teams to carry out checks, before Ukrainians actually arrive in their new temporary homes.

“There will need to be close support and communication between the relevant ministries, councils and vetting processes”, they concluded.

In response to the concerns expressed by UNHCR, calling for more safeguards, a UK Government spokesperson told the Guardian news outlet that any attempt to exploit vulnerable refugees are “truly despicable”, pointing out that there are existing safeguards in place, which include “robust” background checks on all sponsors, by both the Home Office, and local government agencies. 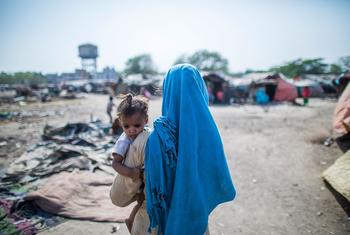 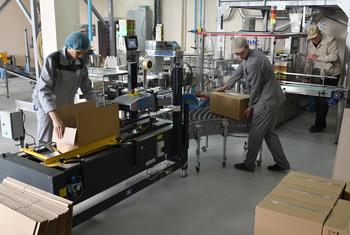 The war in Ukraine has created immense human suffering but it is also putting the fragile recovery of global trade at risk, and the impact will be felt across the planet, the World Trade Organization (WTO) said on Tuesday.