The top UN political affairs official urged the Security Council on Friday to be united in its response to the Democratic People’s Republic of Korea’s (DPRK) latest intercontinental ballistic missile launch – the country’s first long-range test since 2017 – as delegates met on Friday afternoon in emergency session, to discuss the matter.

“The unity of the Security Council in this matter is essential to ease tensions, overcome the diplomatic impasse and avoid a negative action-reaction cycle,” said Rosemary DiCarlo, Under-Secretary-General for Political and Peacebuilding Affairs.

In pursuing its nuclear capability and ballistic missile programmes, the #DPRK defies the @UN Security Council. We remain committed to working with all parties for sustainable peace and the complete and verifiable denuclearization of the Korean Peninsula. https://t.co/rjbFD14iPB

She also underscored the UN’s commitment to working with all parties towards the complete and verifiable denuclearization of the Korean peninsula, while urging Pyongyang to “reset the course to dialogue” and build on previous diplomatic efforts.

Ms. DiCarlo said that, according to the Korean Central News Agency (KCNA), the State news outlet of DPRK, more commonly known as North Korea, the country launched a new type of intercontinental ballistic missile – the so-called Hwasong 17 – on 24 March, from the city of Sunan.

It covered 1,090 km and reached a height of around 6,200 kilometres, making impact in the sea within Japan’s exclusive economic zone.

Secretary-General António Guterres strongly condemned the launch that same day, describing it as a flagrant breach of the country’s own 2018 moratorium on ballistic missile tests, and of relevant Security Council resolutions.

He said it also risks triggering a significant escalation of tensions in the region and beyond.

According to the Government’s public statements, the launches involved, among other things, a test of so-called hypersonic weapons, railway-borne missiles, an intermediate range ballistic missile and tests of systems related to the development of so-called military reconnaissance satellites.

Council resolution 2397 (2017) reaffirms the organ’s decision that the Democratic People’s Republic of Korea shall not conduct any further launches using ballistic missile technology.

Ms. DiCarlo noted that Pyongyang did not issue any airspace or maritime safety notifications for any of the recent launches, adding that the International Civil Aviation Organization (ICAO) has repeatedly informed the country that unannounced missile launches represent a “serious risk to international civil aviation.”

UN Photo/Manuel Elías
The Security Council meets to discuss the issue of non-proliferation, in the Democratic People's Republic of Korea (more commonly known as North Korea).

Outlining additional information that points to a significant uptick in nuclear programmes activities in the DPRK, Ms. DiCarlo told the Council that the International Atomic Energy Agency (IAEA) also reported “ongoing indications consistent with the operation of the 5-megawatt reactor at the Yongyon site.”

At the same time, satellite imagery analysis indicates there was renewed activity at the Punggye-ri nuclear test site, for the first time since the Democratic People’s Republic of Korea announced its closure and dismantlement, in 2018.

“In pursuing its nuclear capability and ballistic missile programmes, the Democratic People’s Republic of Korea is defying the repeated demands of the Council to cease such activities,” she stressed.

She added that the UN stands ready to work with all parties towards the denuclearization of the Korean peninsula.

It is also ready to assist people in need in North Korea, whose vulnerability has likely increased since the country began its self-imposed isolation amid the COVID-19 pandemic. 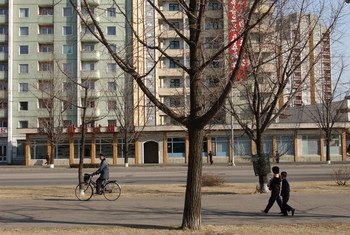 The UN chief on Thursday strongly condemned the launch of an intercontinental ballistic missile by the Democratic People’s Republic of Korea, more commonly known as North Korea, its first such long-range test, since 2017. 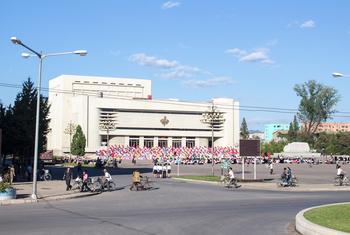 DPR Korea’s grip on population has tightened since COVID

In the Democratic People’s Republic of Korea (DPRK), more commonly known as North Korea, human rights violations remain systematic, and the authorities’ grip on the population has “tightened”, the Human Rights Council heard on Monday.