© UNICEF/Juan Haro
A Sudanese man in Libya was abducted by armed elements and conscripted into forced labour.

Members of the Internal Security Agency (ISA) of the internationally-recognized Government in Tripoli, and State-affiliated armed groups, have, in recent months, arbitrarily detained some human rights defenders and civil society activists, Liz Throssell, spokesperson for the UN High Commissioner for Human Rights (OHCHR), told a media briefing in Geneva.

Under the pretence of protecting “Libyan and Islamic values”, she said, they have “subjected them to torture, verbal harassment and intimidation.”

#Libya: We are concerned by deepening crackdown on civil society &amp; call on authorities to stop the campaign against rights defenders &amp; release all those arbitrarily detained. A safe, open &amp; democratic space built on freedom of expression+association is key:https://t.co/oT9xvXNFlc pic.twitter.com/EoPVPcaTk3

Ms. Throssell recounted that between November and now, OHCHR had learned that seven 19 to 29 year-old men had been arbitrarily arrested and detained by the ISA in the capital, Tripoli.

“The ISA has since posted videos of the seven men on Facebook, in which they seemingly confess to being ‘atheist, areligious, secular and feminist,’ and to using social media to propagate atheism and contempt for religion,” said Ms. Throssell.

She told journalists that OHCHR, has received allegations that the confessions were obtained by coercion, raising serious concerns regarding the use of torture, “which is absolutely prohibited”.

“These confessions also implicate several other men and women, many of whom have now gone into hiding after receiving death threats,” added the spokesperson.

Moreover, the Facebook videos have sparked a wave of hate speech, against human rights defenders.

“In fact, a list of activists has been circulating on social media with calls to prosecute those on it, as apostates under Sharia law and sentence them to death”, if found guilty, she flagged.

Meanwhile on 13 March, the Tanweer Movement – a prominent social campaign for gender equality and social and cultural rights – was dissolvedits board of directors have fled overseas fearing for their safety, Ms. Throssell said.

And other civil society groups, including the Libyan Rational Dialogue, and Al-Baraka, are being targeted with online hate speech and threats.

“We call on the Libyan authorities to immediately stop this aggressive campaign against Libyans exercising and defending their human rights, and to immediately and unconditionally release all those arbitrarily detained, while also ensuring the protection of those named in coerced ‘confessions’,” said the UN official.

She underscored that the Libyan authorities should also launch “prompt and effective investigations” into the alleged human rights violations, including allegations of torture.

Furthermore, she continued, they should hold all alleged perpetrators to account, including ISA members.

“A safe, open, and democratic space is critical for Libya, and it cannot be built without full respect for freedom of expression and association,” concluded the OHCHR spokesperson.

Learn from the past, ‘stand united against racism’ – UN chief 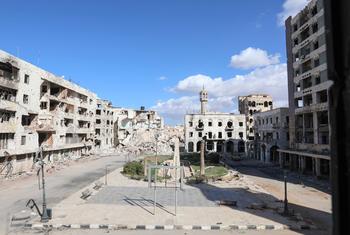 Amid a political impasse that threatens to see Libya fractured again by two parallel governments, the priority must be maintaining hard-won gains and fulfilling the electoral aspirations of nearly three million registered voters, the UN political affairs chief told the Security Council on Wednesday. 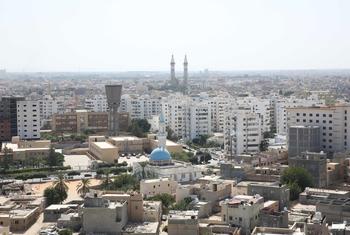 Stability for Libya must be 'top priority' urges Guterres

The UN chief is “following closely” the latest political crisis unfolding in Libya, which threatens to return the country to a stand-off position between two rival authorities, following the failure to hold presidential elections in December.