The Russian invasion of Ukraine has been the “main contributing factor” to the potentially devastating one per cent drop in projected global economic growth this year, UN development economists UNCTAD said on Thursday, in the body’s latest global economic update.

“The main headline is a downgrading of the projection for global growth this year,” said Richard Kozul-Wright, Director, UNCTAD Division on Globalization and Development Strategies, speaking in Geneva.

.@UNCTAD lowers its 2022 global economic growth projection to 2.6% from 3.6% due to the war in Ukraine and monetary tightening.The @UN trade and development body calls for peace and immediate debt relief for Ukraine. https://t.co/RtIJEiCjEg pic.twitter.com/2aczFATRso

“We anticipated back in September of last year that the global economy would grow by around 3.6 per cent. We expect it to grow by 2.6 per cent this year and of course, the main contributing factor to that, is the war in Ukraine.”

With inflation on the rise and developing countries already weighed down by a $1 trillion debt burden to pay back to creditors, the UN body decried the inadequate financial measures already taken to help them withstand exchange rate instability, rising interest rates and soaring food and fuel prices.

Wholesale multilateral fiscal reform - possibly on the scale and ambition of the US Marshall Plan that shouldered Western Europe following the Second World War - is urgently needed to improve the financial liquidity of developing countries to prevent them - and even middle-income countries - from potentially going under, UNCTAD insisted, as it appealed to the International Monetary Fund (IMF) and World Bank.

“There is a rapidly worsening outlook for the world’s economy and to think that this year, the year after two years of crisis with COVID-19, the average rate of growth of the world economy will be 2.6 per cent, down from 5.5 per cent last year, and down from the projections that were made in the last quarter of 2021,” said Rebeca Grynspan, UNCTAD Secretary-General.

In particular, Ms. Grynspan called for “emergency measures from the IMF and World Bank”, namely the activation of rapid funding instruments which IMF can provide to help countries with looming balance of payments problems.

“Conditions are worsening for everybody,” continued the UNCTAD chief, noting how the climate crisis has played its part, along with successive droughts in the Horn of Africa, the ongoing COVID-19 pandemic and war in Ukraine.

Even relatively wealthy countries that are struggling with multiple cost-of-living pressures, have already sought help from the international system to keep them afloat.

“Pakistan went back (to the IMF) at the end of last year,” said Mr. Kozul-Wright. “Sri Lanka has now gone to the IMF to organise a programme. Egypt, which was already under a programme, has gone back to the IMF to renegotiate. And these are countries – these are not least developed countries, these are middle-income countries that are under very serious economic and in some cases political pressure, as a consequence of the shocks that they now face.”

But it is the world’s poorest, import-dependent countries that will be worst-hit by the global economic downturn, UNCTAD insisted.

Although “all regions of the global economy will be adversely affected by this crisis”, Mr. Kozul-Wright, suggested that “high commodity exporters” were likely to do well from a rise in prices. “But the European Union will see a fairly significant downgrade in its growth performance this year…so will parts of central and southern Asia as well,” he said.

UNCTAD’s policy recommendations include the need for global financial reform to allow developing countries the economic space for “reasonable growth” so that they can service potentially crippling debt levels.

“We know and we have argued in the past that the initiatives from the G20, the Debt Service Suspension Initiative is welcome, we welcomed it, but it was clearly insufficient, it provided something of the order of $11 billion for the countries that were eligible.” 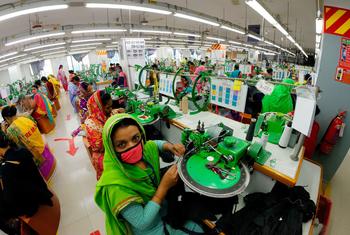 Global trade reached a record high in 2021, but it is expected to slow this year for many reasons including continuing delays in global supply chains, UN economists said on Thursday. 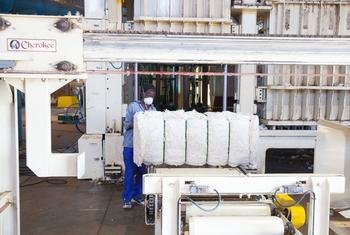 With productivity-boosting measures, the African Continental Free Trade Area (AfCFTA) agreement could reduce poverty and inequality while spurring sustainable and inclusive growth, according to a report launched on Wednesday by the UN trade and development body, UNCTAD.