© ILO/Vijay Kuty
In India, a doctor checks a patient’s x-ray for lung damage, which may indicate tuberculosis.

World TB Day is marked on 24 March, and this year, the World Health Organization (WHO) has called for urgent investment in the fight against tuberculosis, “to save millions more lives”.

Although TB is preventable and curable, it remains one of the world’s deadliest infectious killers, WHO noted on Wednesday.

"For the first time in over a decade, WHO has reported an increase in tuberculosis deaths. This is a very dangerous trend that we must arrest. We call on all countries to invest in expanding access to effective tools against tuberculosis, and in new tools to #EndTB"-@DrTedros

Each day, it claims more than 4,100 lives, and close to 28,000 people fall ill after becoming infected – and this, despite the fact that 66 million lives have been saved since 2000.

The UN health agency pointed out that global spending on TB diagnostics, treatments and prevention in 2020 was less than half the annual global target of $13 billion.

For research and development, an extra $1.1 billion per year is needed.

“Urgent investments are needed to develop and expand access to the most innovative services and tools to prevent, detect and treat TB that could save millions of lives each year, narrow inequities and avert huge economic losses,” said WHO Director-General, Tedros Adhanom Ghebreyesus.

The need for global action is more urgent than ever, the WHO said, as the COVID-19 pandemic has reversed years of progress in preventing TB transmission, meaning that for the first time in over a decade, tuberculosis deaths increased in 2020.

Conflicts across Eastern Europe, Africa and the Middle East, have made vulnerable populations more susceptible to TB, underscoring the need to ensure that commitments made by global leaders to end TB are met.

“Investments in TB programmes have demonstrated benefits not just for people with TB but for health systems and pandemic preparedness,” WHO said. “Building on lessons learnt from COVID-19 research, there is a need to catalyse investment and action to accelerate the development of new tools, especially new TB vaccines.”

Progress towards reaching current TB targets including the WHO Director-General’s “Find.Treat.All” is at risk mainly from a lack of funding.

The situation is even worse for children and adolescents with TB, WHO warned.

In 2020, an estimated 63 per cent of children and young adolescents with TB were not reached, or not officially reported to have accessed life-saving TB diagnosis and treatment services.

The proportion was even higher (72 per cent) for under fives, according to the UN health agency, which said that almost two-thirds of eligible children under five did not receive TB preventive treatment and therefore remain at risk of falling sick.

To expand cover to populations most at risk from TB, WHO has issued new patient-centred recommendations to boost diagnosis, treatment and prevention. These include that:

1.4 million with tuberculosis, lost out on treatment during first year of COVID-19 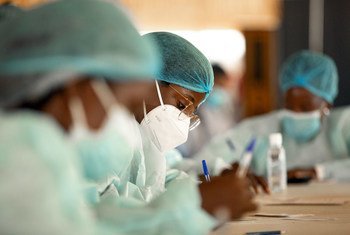 2021 Year in Review: ‘We underestimate this virus at our peril’

Despite the almost miraculous development of effective vaccines against COVID-19 in 2020, the virus continued to spread and mutate throughout the last year, with much of the blame placed on a lack of effective global collaboration as a key reason for the prolonged pandemic. 2021 also saw the launch of a UN-backed programme to help developing countries protect their populations against the virus, and steps were taken to prepare for future global health crises. 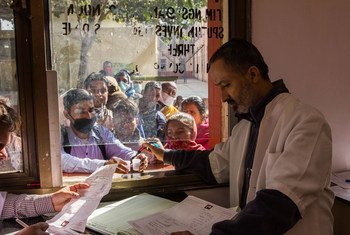 Deaths from tuberculosis – one of the top infectious killers in the world - have increased for the first time in a decade, as a direct result of the COVID-19 pandemic, the World Health Organization (WHO) said on Thursday.