© UNHCR/Oxygen Film Studio (AFG)
An internally displaced person waiting for his turn to receive financial aid from UNHCR, in Afghanistan.

Speaking from Kabul, at the end of a four-day visit to Afghanistan, Mr. Grandi said that he had met families “who do not know what they will eat for their next meal”.

Acknowledging that the world is “rightfully preoccupied with the war in Ukraine,” he pleaded for help with another humanitarian crisis.

Today, in Kandahar and Jalalabad, I visited projects supporting displaced people, returnees and their communities.I was especially happy to spend time at a girls’ school built on land donated by the local community.The elders told me that education is their biggest priority. pic.twitter.com/plK8VZictN

Mr. Grandi said the country is experiencing “a very grave crisis” and asked the international community to support Afghans both within the country and abroad.

“We spoke with...women heads of households afraid for the health and well-being of their children; mothers and fathers desperate to provide for their families,” the head of the UN refugee agency, UNHCR, said. “The needs here are enormous.”

Recent reports revealed that a staggering 95 per cent of Afghans are not getting enough to eat, a number that jumped to almost 100 per cent in female-headed households.

Mr. Grandi arrived in Afghanistan on Monday and met with the interim Afghan Government as well as others who continue to provide vital live-saving assistance throughout the country.

The UN Refugee Agency has been in Afghanistan for four decades providing emergency assistance and support to displaced and returning Afghans.

During his visit, the UNCHR chief aims to assess progress and discuss humanitarian challenges, particularly for those who are displaced or are returning to their communities.

Assistance to survive the winter

Since the beginning of the year the UN agency has helped more than 500,000 Afghans through assistance and relief programmes – including more than 130,000 people to survive the winter, and over 370 thousand who benefited from health centres, schools, water systems and other infrastructure.

Mr. Grandi also visited UNHCR-built sites, including a health centre in Kandahar and a girls’ school in Jalalabad.

“Some 3.4 million people are internally displaced due to conflict, the healthcare system is experiencing severe shortages amid the COVID crisis and a measles outbreak, key workers in vital services like schools and hospitals are without salaries, while the liquidity crisis, rising global food and energy costs are having a devastating effect,” he spelled out.

“Overall, 24 million people throughout Afghanistan require humanitarian support this year and we appeal to donors to fund a large humanitarian effort.”

Highlighting the need for “long-term political and economic stability,” Mr. Grandi reiterated the importance of the international community while also noting that “humanitarian approaches alone will not suffice.”

He stressed the need to revitalize Afghanistan’s banking system and economy while also resuming development projects to “lay the foundations” for displaced Afghans and refugees to consider voluntary returns “when conditions permit.”

The UNHCR head said that he has been reminding the authorities of the need to build trust and to guarantee the rights of Afghans.

“The best way to [build trust] is to ensure that all Afghans, including minorities, men, women, girls, and boys, can exercise their rights and have access to work and services on an equal basis,” he underlined.

Turning to funding, Mr. Grandi reminded that “without support to the UN and partners’ work, the hardship he witnessed this week in Jalalabad, Kandahar and Kabul will mount.”

Agencies working in Afghanistan urgently require $4.44 billion under the Humanitarian Response Plan (HRP) to meet the critical needs of 22 million Afghans and stave off hunger, disease, malnutrition, death, and displacement.

Although UNHCR alone requires $340.3 million to support its response for displaced people and other vulnerable Afghans, it is currently only 28 per cent funded, with $97 million received to date.

“The needs are indeed great but so too are the opportunities,” said Mr. Grandi

“It is now up to the international community to step up and help the resilient people of Afghanistan so they can make the most of their potential,” he concluded.

On 31 March, the UN, United Kingdom, Germany and Qatar will co-host an international pledging conference in support of the humanitarian response. 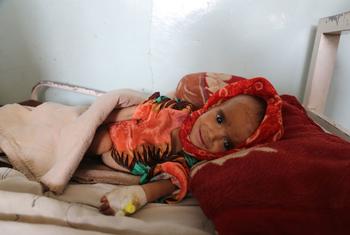 People in Afghanistan are today facing a food insecurity and malnutrition crisis of “unparalleled proportions”, the UN Resident and Humanitarian Coordinator said on Tuesday. 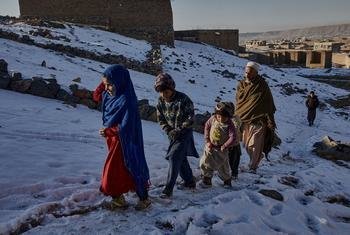