© UNICEF/Michele Sibiloni
The COVID-19 pandemic has created conditions making it easier for vulnerable people to become victims of sexual exploitation and trafficking.

Secretary-General António Guterres released his annual update on the Organization’s efforts to prevent and respond to sexual exploitation and abuse (SEA) on Tuesday, dovetailing with his system-wide strategy, launched in 2017, to stamp out incidents by placing victims at the heart of efforts, throughout the system.

Deputy Spokesperson Farhan Haq told a regular press briefing in New York that the report - Special measures for protection from sexual exploitation and abuse - looks at progress made over the past five years, since the Secretary-General took office, and explores areas for improvement.

The report includes data on allegations of sexual exploitation and abuse relating to personnel in peacekeeping and special political missions, other United Nations entities, implementing partners, and non-UN international forces authorized by a Security Council mandate covering 1 January, to 31 December 2021.

“Despite clear gains, allegations implicating United Nations personnel continue to emerge,” he said, noting that in 2021, allegations relating to UN peacekeeping personnel in the Central African Republic, led to the repatriation of a military contingent.

In addition, an independent commission, established by the World Health Organization (WHO), reported on cases concerning personnel responding to the tenth Ebola virus epidemic in the Democratic Republic of the Congo.

“No one, including the Secretary-General, is pleased with the fact that we still have these cases,” he assured.  “We have not let our guard down and we continue working to end impunity and ensure justice for victims.”

Of the 2021 total, 194  reports were received system-wide, with 75 allegations related to peacekeeping, up from 66 in 2020, and above the average recorded over the last 10 years.

The Deputy Spokesperson pointed to enhanced policies and protocols, mandatory trainings, risk assessments, institutionalized action plans and accountability measures among the gains made.  In addition, the UN continues to publicly report on allegations on a regular basis.

In addition, the UN’s approach – centered on victims’ rights – is carried out through the work of Victims’ Rights Officers in various countries where they are increasingly effective in keeping track of victims and investigations, and offering them support.

The UN continues to engage with mission leadership, and troop and police-contributing countries, through dedicated plenary and bilateral meetings, and mechanisms unique to peacekeeping, including the Defence Ministerial meeting, held in Seoul, in December 2021.

I acknowledge that the Organization has not succeeded in all respects, but neither have we stood still - UN chief

The UN Entity for Gender Equality and the Empowerment of Women (UN Women), meanwhile, has developed an inclusive workplace strategy to strengthen leadership by promoting culture change, focusing on people management, and respect for diversity, inclusion and standards of conduct.

A pledge to improve – no matter what

“Five years ago, I committed to a strategy to ‘change the game’ when it came to combating sexual exploitation and abuse,” Secretary-General Guterres stressed in his report.  “I acknowledge that the Organization has not succeeded in all respects, but neither have we stood still.”

Mr. Guterres said the United Nations has become more attentive to the persistent gender imbalances with associated power asymmetries that lead to systematic unwelcome sexual behaviour.  While it is easy to become discouraged, he recalled his pledge to “march forward” in improving the way the United Nations deals with sexual exploitation and abuse.

“We must persevere in our efforts to address these wrongs that exist in every society and at every level,” he said. 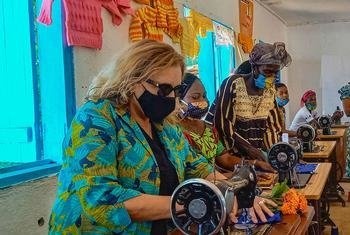 The UN continues to take steps to address allegations of sexual misconduct by peacekeepers in the Central African Republic (CAR) in the wake of the repatriation of Gabonese troops three months ago. 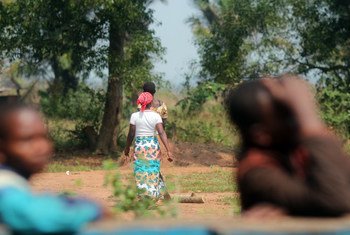 The suffering of survivors of sexual abuse allegedly perpetrated by World Health Organization staff during the tenth Ebola outbreak in the Democratic Republic of the Congo (DRC) is going to be “the catalyst for a profound transformation” of WHO’s culture.