UN to launch appeal to fund humanitarian operations in Ukraine

© WFP/Deborah Nguyen
A checkpoint is monitored by authorities in Marinka, Donetsk Oblast. (file)

UN to launch appeal to fund humanitarian operations in Ukraine

Secretary-General António Guterres has announced that the UN will launch an appeal to fund its humanitarian operations in Ukraine, amid reports on Saturday of casualties and people fleeing their homes to seek safety as Russian military operations in the country intensify.

A readout issued by a UN spokesperson said that Mr. Guterres had spoken on the phone earlier in the afternoon with Ukrainian President Volodymyr Zelenskyy.

“The Secretary-General conveyed to the President the determination of the United Nations to enhance humanitarian assistance to the people of Ukraine, according to the readout.

It added that the UN chief had informed the President that the United Nations would launch on Tuesday an appeal to fund our humanitarian operations in Ukraine.

The Secretary-General's phone call and the announcement of a humanitarian appeal follow his decision this past Thursday to release $20 million from the UN emergency relief fund, known as CERF, to meet urgent needs in Ukraine.

Thousands of people have fled their homes in Ukraine and many are arriving in Moldova to seek safety. Local communities have come to help ⬇️ pic.twitter.com/PcKpO5mBEW

“We and our humanitarian partners are committed to staying and delivering, to support people in Ukraine in their time of need,” he told reporters at the time.

The UN chief struck a similar tone of determination speaking to reporters Friday evening after the Russian Federation vetoed a resolution tabled in the Security Council that would have denounced its attacks in Ukraine and called for the withdrawal of all Russian troops.

“Especially in a moment like this, it is important to remember that the UN is not just the chamber behind me. It is tens of thousands of women and men around the world... standing, delivering, extending a lifeline of hope,” the Secretary-General said, and stressed that “despite the growing operational challenges, the UN is scaling up the delivery of life-saving support.”

The Secretary-General also announced the appointment of Amin Awad as UN Crisis Coordinator for Ukraine to lead the coordination of all UN efforts, including its humanitarian response, on both sides of the contact line.

Also on Friday, Martin Griffiths, the head of the UN Office for the Coordination of Humanitarian Affairs (OCHA) echoed the Secretary-General in stressing that UN humanitarians are committed to continue and expand its presence.

“We have not left. We are not leaving Ukraine,” he told reporters at UN Headquarters.

As people there are “bunkered down,” Mr. Griffiths said that the UN is scaling up its efforts to help meet the needs of those effected, “and we have been doing this for some weeks.”

“We have already seen reports of casualties and people starting to flee their homes to seek safety. Civilian lives and civilian infrastructure must be protected and safeguarded at all times, in line with international humanitarian law,” Mr. Grandi said in a statement, warning that the humanitarian consequences on civilian populations will be devastating.

Accordingly, he said that UNHCR had stepped up its operations and capacity in Ukraine and neighbouring countries. “We remain firmly committed to support all affected populations in Ukraine and countries in the region,” he added. 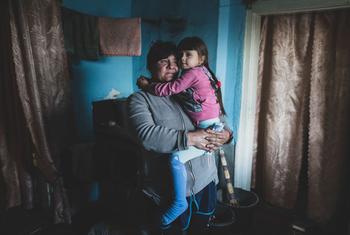 Even before the recent events that “convulsed the world” last week, the UN Emergency Relief Coordinator reminded that an eight-year-long conflict in Eastern Ukraine had already level three million people in need of humanitarian assistance “on both sides of the contact line”. 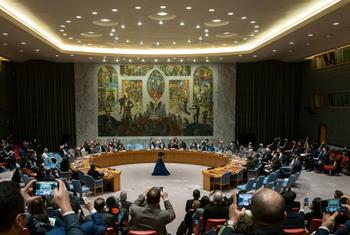 Russia vetoed a UN Security Council resolution on Friday that would have demanded that Moscow immediately stop its attack on Ukraine and withdraw all troops, a move several Council members said was deplorable, but inevitable.