WMO/Caio Graco
Sao Paulo, Brazil, is one of the 22 states that have yet to establish a nation system of torture prevention.

Brazil must comply with its international obligations, and reinforce its national prevention mechanisms against torture, UN independent experts said on Friday, after concluding a visit to the country, which is home to the third largest prison population in the world.

She also called on Brazil “to respect its international human rights commitments and consolidate its resources and efforts to combat torture.”

🇧🇷#Brazil must comply with international obligations &amp; reinforce national prevention mechanisms against torture, say experts from the UN #torture prevention body #SPT after their visit to the country with the third largest prison population in the world: https://t.co/uwVGp6qZG4 pic.twitter.com/sVTbs2qsD7

Brazil has more than 750,000 detainees, and many overcrowded prisons, according to the UN rights office, OHCHR.

During their visit to the capital, Brasilia, the delegation from the Subcommittee on Prevention of Torture and other Cruel, Inhuman or Degrading Treatment or Punishment (SPT), met with the Minister for Women, Family and Human Rights, members of Parliament, the Supreme Federal Court and others.

The delegation also held meetings with the Federal National Preventive Mechanism (MNPCT), the country’s torture prevention watchdog, along with their counterparts in the four states where they operate, and civil society representatives linked to torture prevention.

“All the senior authorities we met with agreed that an independent and well-functioning preventive mechanism is absolutely essential, both at the federal and state level,” said Ms. Jabbour.

According to the UN expert, Brazil’s preventive mechanisms are facing “critical challenges”, yet she upheld that “despite the lack of resources and support, they are doing a remarkable job”.

A decision of the Supreme Federal Court is expected in the coming weeks to decide on the legality of a Presidential Decree in 2019 stating that MNPCT members would be expected to work on a voluntary basis, without remuneration.

Moreover, the Administration unilaterally decided to severely diminish the professional and secretariat support for the mechanism.

“We will continue to engage with Brazil's prevention mechanisms and relevant authorities, institutions and civil society and support their efforts to establish a strong, functional and independent monitoring system to prevent torture in the country”, underscored Ms. Jabbour.

State parties to the Optional Protocol to the Convention against Torture (OPCAT) are obliged to establish functional and independent national preventive mechanisms.

Brazil established a national system of torture prevention in 2013, but only four out of its 26 states have set up a body that regularly visits imprisoned people, to prevent torture and ill-treatment, as well as lobby for improved conditions.

In addition to Ms. Jabbour, the SPT delegation included Juan Pablo Vegas, Head of the SPT Regional Team for Latin America and Rapporteur on Brazil; and Nora Sveaass, who also visited the country in 2015. 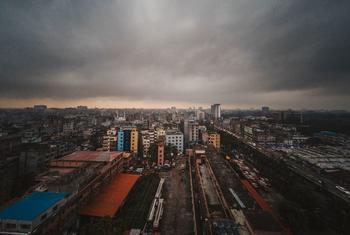 Authorities in Bangladesh have yet to conduct an investigation into the murder of prominent journalists Sagar Sarowar and Meherun Runi 10 years after they were killed, UN human rights experts said on Friday.