© UNIFIL
Ghanian peacekeepers setting out on a foot patrol along the blue line in vicinity to Rmeish, southern Lebanon.

The Interim Force in Lebanon (UNIFIL) is taking advantage of a new initiative, to become the first UN peacekeeping mission to provide gender-sensitive housing and invest in better working conditions for women peacekeepers serving there.

UNIFIL’s pioneering move has been made possible thanks to the Elsie Initiative Fund for Women in Peace Operations, a multilateral fund set up by Member States, that aims to accelerate progress towards gender parity in peacekeeping operations.

The $357,000 grant will allow the mission to add four women-specific accommodation buildings, restrooms, and a welfare area.

The improved living conditions will come at a time when Ghana, which currently deploys 861 military personnel to UNIFIL, is expected to increase its deployment of women to serve as ‘blue helmets’.

“Women still face barriers that prevent them from contributing to peacekeeping to the fullest. This includes lack of information about deployment opportunities and not enough access to necessary training, as well as institutional constraints and biases, or inadequate facilities and infrastructure in field missions,” said UN peacekeeping chief Jean-Pierre Lacroix.

He added that the project in Lebanon represents an expression of shared values for gender equality and the promotion of women’s full, equal and meaningful participation in the force.

According to Sima Bahous, UN Women’s Executive Director, women are often deterred from serving due to inadequate gender-responsive living and working conditions.

“The UNIFIL project, funded by the Elsie Initiative Fund, is setting a great example by specifically tackling this significant structural barrier. Its positive changes will help us attain parity in peace operations”, she said, in a statement published on Monday.

The UN mission in Lebanon has 10,000 peacekeepers from 46 nations, yet only 659 among them are women.

With this project, UNIFIL seeks to support troop and police-contributing countries to further increase deployments of women peacekeepers. 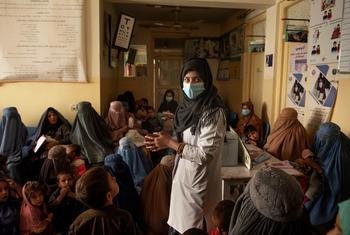 With COVID-19, the situation for women human rights defenders and the prospects for women's full participation in building peace, has become “vastly worse”, the UN High Commissioner for Human Rights said on Tuesday. 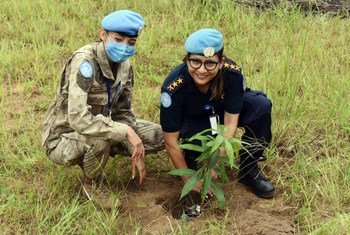 This year’s UN Woman Police Offer of the Year Award was officially handed over to Superintendent Sangya Malla on Tuesday, for her groundbreaking work in the Democratic Republic of the Congo (DRC) – one of the highlights of the annual Police Week celebrations taking place at UN Headquarters in New York.