Mark Cutts
The harsh winter continue to make life very difficult for displaced people in camps like this one in Idlib, Syria.

Speaking by videoconference to journalists in New York, Mark Cutts said humanitarians had seen “some real horror scenes” in the last few days, especially in the northwest, where he said the camps were “bad at the best of times”.

“Our humanitarian workers have been pulling people out from under collapsed tents”, he added.

Mr. Cutts described a scenario where many people do not have shovels or other equipment to clear the snow, so they have been doing it with their bare hands, while children walk in the snow wearing just sandals.

“It's really particularly difficult for the elderly people and people with disabilities, who are living in these torn and ripped and flimsy tents in thesesub-zero temperatures”, the coordinator said.

According to him, about 100,000 people have been affected by the heavy snow and about 150,000 have been battling the rain and freezing temperatures.

“That’s a quarter of a million people who are really suffering now the effects of this cold spell that is going across the entire region”, Mr. Cutts said.

The area is home to 2.8 million displaced people, who are amongst some of the most vulnerable populations in the world.

“These are people who been through a lot in the last few years. They have fled from one place to another, the bombs have followed them, and many of the hospitals and schoolsin the northwest have been destroyed during the ten years of war”, he said.

In the last few days, humanitarian workers have been doing their best to clear the roads, deploy mobile clinics, repair or replace damaged tents and provide urgently needed items, such as food, blankets and winter clothing.

Mr. Cutts concluded issuing an appeal to the international community, asking it to recognize the scale of the crisis and to quickly get the displaced out of tentsand into safer and more dignified temporary shelter.

Following an attack on Sina’a prison in the Syrian city of Al-Hasakeh, last week, hostilities have escalated quickly in the region, with gunfire and explosions causing civilian casualties and pushing about 45,000 people out of their homes.

The attack was reportedly launched by ISIL extremist fighters who are trying to free more than 3,000 detainees affiliated with the terrorist group. They are being held by US-allied Syrian Democratic Forces (SDF).

Most of the displaced have sought safety with family and friends in nearby areas. About 500 people are being hosted at two temporary shelters.

Humanitarian organizations are scaling their responses, but the two UN officials noted that “unhindered humanitarian access by all concerned parties is paramount to ensure emergency assistance reaches affected people.”

Mr. Riza and Mr. Hadi also reminded all parties to the conflict of their obligations, including avoiding the use of explosive weapons in populated areas.

In Geneva, the Human Rights Council initiated its Universal Periodic Review of Syria.

Speaking to the Council, the Deputy Minister of Foreign Affairs, Bashar Ja’afari, said that, even though the country had experienced war, occupation, sanctions and COVID-19, it had managed to reform its human rights bureaucracy and judiciary and continued to subsidize health and social services.

Member States commended these efforts, highlighting a conference on women and peace that took place last year, and the participation in the review process.

States recommended that the country ends enforced disappearances, arbitrary detention and torture, publish official lists of people held or who have died in detention centers, and preserve mass graves.

They are also calling on Syria to amend legislation that identifies the political opposition as terrorists, rehabilitate child soldiers, strengthen protection of asylum seekers and refugees.

The review also calls for the abolition of laws limiting ownership of property, strengthened access to drinking water and clean sanitation, abolition of the death penalty and allowing unhindered access to humanitarian aid. 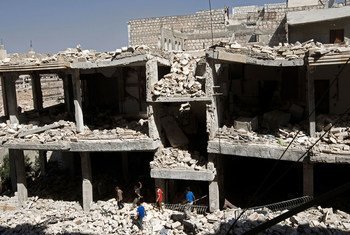 Warring parties should never attack children or the services they rely on, a senior official with the UN children’s agency, UNICEF, said on Tuesday, following recent violence and disruption in Syria. 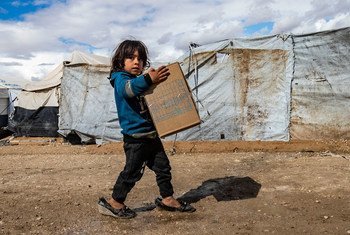 UN envoy outlines ‘possibilities for progress’ in Syria next year

Now is the time to explore whether a political process in Syria can meaningfully move forward in 2022, UN Special Envoy Geir Pedersen told the Security Council on Monday.