The UN Refugee Agency (UNHCR) called on Friday for concerted international action to end armed conflict in Africa’s central Sahel region, which has forced more than 2.5 million people to flee their homes in the last decade.

Speaking to journalists in Geneva, the agency’s spokesperson, Boris Cheshirkov, informed that internal displacement has increased tenfold since 2013, going from 217,000 to a staggering 2.1 million by late last year.

The number of refugees in Burkina Faso, Mali, and Niger now stands at 410,000, and the majority comes from Mali, where major civil conflict erupted in 2012, leading to a failed coup and an on-going extremist insurgency.

Increase in one year

According to estimates from UN partners, armed groups carried out more than 800 deadly attacks in 2021.

This violence uprooted some 450,000 people within their countries and forced a further 36,000 to flee into a neighbouring country.

In Burkina Faso alone, the total number of Internally Displaced Persons (IDPs) rose to more than 1.5 million by the end of the year. Six in ten of the Sahel’s displaced are now from this country.

In Niger, the number of IDPs in the regions of Tillabéri and Tahoua has increased by 53 per cent in the last 12 months. In Mali, more than 400,000 people are displaced internally, representing a 30 per cent increase from the previous year.

Meanwhile, the humanitarian situation is rapidly deteriorating with crises on multiple fronts.

Insecurity is the main driver, made worse by extreme poverty, and the COVID-19 pandemic. The effects of the climate crisis are also felt more strongly in the region, with temperatures rising 1.5 times faster than the global average.

Women and children are often the worst affected and disproportionately exposed to extreme vulnerability and the threat of gender-based violence.

According to the UNHCR spokesperson, “host communities have continued to show resilience and solidarity in welcoming displaced families, despite their own scant resources.”

He also said that Government authorities have demonstrated “unwavering commitment” to assisting the displaced, but they are now “buckling under increasing pressure.”

UNHCR and humanitarian partners face mounting challenges to deliver assistance, and continue to be the target of road attacks, ambushes, and carjacking.

In this context, the agency is calling on the international community to take “bold action and spare no effort” in supporting these countries.

In 2021, more than a third of the agency’s Central Sahel funding needs were unmet.

This year, to mount an effective response in Burkina Faso, Niger and Mali, the agency needs $307 million. 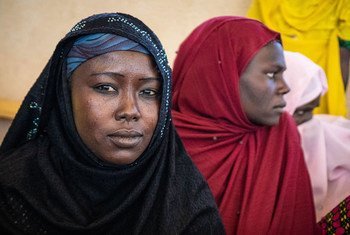 After a recent wave of attempts and coups d'état in Central African Republic, Mali, Sudan and Guinea, The UN Special Representative for the region told the Security Council on Monday this resurgence, particularly in West Africa, “is often the consequence of political practices that are completely out of step with the aspirations of the populations.” 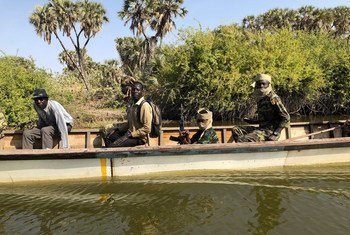 Environmental degradation enables armed groups to extend their influence and manipulate resources to their advantage, the UN chief told the Security Council on Thursday, highlighting that conflict-prevention initiatives need to factor in climate risks.