Reported killings and injuries during peaceful demonstrations in Sudan is a cause for deep concern, said the UN human rights office on Friday (OHCHR).

OHCHR also highlighted attacks which reportedly took place against a hospital and media office on Thursday, during which rights activists were arrested.

“We urge authorities to refrain from unnecessary and disproportionate use of force”, the rights office said in a tweet.

We remain deeply concerned about #Sudan where people were reportedly killed &amp; injured during peaceful demonstrations yesterday, a hospital &amp; a media office attacked &amp; #HumanRights activists arrested. We urge authorities to refrain from unnecessary &amp; disproportionate use of force.

The protests marked the eleventh round of major demonstrations in the country since 25 October, when the military first removed from office, but then later reinstated the Prime Minister in a coup, ending a transitional civilian power-sharing agreement.

According to news reports, the protesters are calling for the military to cease playing any role in government, in the run up to fresh democratic elections.

Four were reportedly shot dead by security forces during Thursday’s demonstrations close to the capital Khartoum, with authorities using live fire and tear gas on the crowds, according to witnesses, while nearly 300 protesters were injured, along with dozens of police.

The UN Special Representative for Sudan, Volker Perthes, tweeted that he was “deeply disturbed” by the initial reports of civilian deaths, describing the incidents as “assaults on press freedom”.

“Credible investigations into these violations are necessary”, he underscored.

“All people have the right to express themselves peacefully; media have to report freely”.

The death toll from a police crackdown on the latest nationwide protests rose to five, according to the Central Committee of Sudanese Doctors, which align themselves with the protest movement.

According to news reports, security forces fired tear gas and stun grenades as protesters marched through Khartoum and the neighbouring cities of Omdurman and Bahri towards the presidential palace.

The Committee on Friday reported that a fifth person has now died, after being hit in the chest by a tear gas canister fired by security forces, bringing the overall death toll since the crackdown began in October, to 53.

Sudan: Looting in Darfur, leaves 730,000 without enough to eat 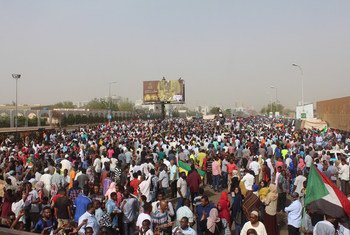 In Sudan, reports of serious sexual violence and the use of live ammunition against protesters at the weekend must be investigated immediately, the UN rights office, OHCHR, said on Tuesday. 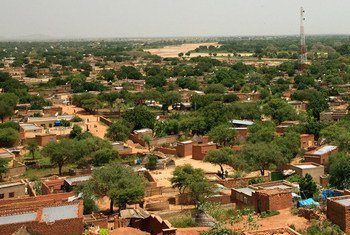 Authorities in Sudan must protect boys and girls from violence, a senior official with the UN Children’s Fund (UNICEF) said on Thursday, following recent deadly inter-communal clashes in West Darfur and protests in the capital, Khartoum.