© UNICEF/Omar Sanadiki
A one-month-old baby shelters with her family in Adra after fleeing eastern Ghouta in Syria.

From Afghanistan to Yemen, and Syria to northern Ethiopia, UNICEF denounced grave violations against youngsters in both protracted and new conflicts.

Last week, four children were reportedly among the victims of an attack that killed at least 35 people – including two Save the Children staff – in Kayah state in eastern Myanmar.

In a statement, UNICEF Executive Director Henrietta Fore said that, year after year, “parties to conflict continue to demonstrate a dreadful disregard for the rights and wellbeing of children”.

“Children are suffering, and children are dying because of this callousness. Every effort should be made to keep these children safe from harm”, she added.

Data is not yet available for this year, but the UN verified 26,425 grave violations against children in 2020.

The first three months of 2021 saw a slight decrease in the overall number of these grave violations but verified cases of abduction and sexual violence continued to rise at alarming rates –  by more than 50 and 10 per cent, respectively.

Verified abductions were highest in Somalia, followed by the Democratic Republic of the Congo (DRC) and the countries of the Lake Chad Basin (Chad, Nigeria, Cameroon and Niger).

On the other hand, verified instances of sexual violence were highest in the DRC, Somalia and the Central African Republic (CAR).

This year marked a quarter of a century since the publication of Graça Machel’s seminal Impact of war on children report, which urged the UN and international community to take action.

Over the past 16 years, the UN has verified 266,000 cases of grave violations against children in more than 30 conflict situations across Africa, Asia, the Middle East and Latin America.

While these cases were verified through the 2005 UN-led Monitoring and Reporting Mechanism, the actual figures are most likely much higher, according to UNICEF.

Meanwhile, the Middle East and North Africa has the highest number of verified attacks on schools and hospitals, with 22 verified in the first six months of the year.

In October, UNICEF highlighted that 10,000 children had been killed or maimed in Yemen since fighting escalated in March 2015 – the equivalent of four youngsters every day.

UNICEF stated that each day, “girls and boys living in areas under conflict endure unspeakable horrors that no human should ever experience.”

One is the persistent and growing threat of explosive weapons, particularly in populated areas.

In 2020, explosive weapons and remnants of war were responsible for nearly 50 per cent of all child casualties, resulting in more than 3,900 children killed and maimed.

Last year, for example, 37 per cent of abductions verified by the UN led to the recruitment and use of children in war – surpassing 50 per cent in Somalia, DRC and CAR.

A call for commitment

UNICEF is calling for all conflict parties to commit to formal action plans.

Since 2005, only 37 of such plans have been signed by parties to conflict, which UNICEF called “a shockingly low number given the stakes for children”.

“Ultimately, children living through war will only be safe when parties to conflict take concrete action to protect them and stop committing grave violations”, Ms. Fore underscored. 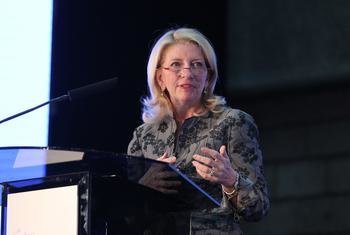 UN Secretary‑General António Guterres announced on Friday, that Catherine Russell of the United States will become the next Executive Director of the UN Children's Fund (UNICEF). 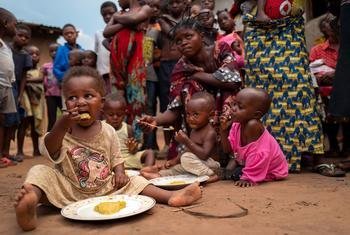 The COVID-19 pandemic is rolling back progress on key childhood challenges such as poverty, health and access to education, the UN Children’s Fund (UNICEF) said in a new report on Thursday, representing the biggest global crisis for children since the agency was founded 75 years ago.