Secretary-General António Guterres was among UN leaders paying tribute on Sunday to the late Archbishop Desmond Tutu, describing him as “an unwavering voice for the voiceless.”

The UN chief was deeply saddened to learn of the passing of the anti-apartheid leader and human rights activist, who died in Cape Town, South Africa, earlier that day.  He was 90.

I am deeply saddened by the passing of Archbishop Desmond Tutu - a towering global figure for peace &amp; justice, voice of the voiceless &amp; inspiration to people everywhere. We will continue to draw strength from his humanity, passion &amp; resolve to fight for a better world for all.

“Archbishop Tutu was a towering global figure for peace and an inspiration to generations across the world.   During the darkest days of apartheid, he was a shining beacon for social justice, freedom and non-violent resistance,” he said in a statement.

Mr. Guterres praised Archbishop Tutu’s relentless determination to build global solidarity for a free and democratic South Africa, for which he received the Nobel Peace Prize in 1984.

He added that as Chairman of the Truth and Reconciliation Commission, Archbishop Tutu also made an immeasurable contribution to ensuring a peaceful, yet just, transition to a democratic South Africa.

“His great wisdom and experience were always communicated with humanity, humour and heart,” said Mr. Guterres.

The Secretary-General called Archbishop Tutu “a steadfast champion of multilateralism”, pointing to important roles he had, including as a distinguished member of the UN Advisory Committee on Genocide Prevention, and on a High Level Fact-Finding Mission to Gaza in 2008.

Fighting for a better world

Mr. Guterres noted that in recent decades, Archbishop Tutu continued to fight passionately for action on many of the critical issues of our time, such as poverty, climate change, human rights and HIV/AIDS, among others.

“Although Archbishop Tutu’s passing leaves a huge void on the global stage, and in our hearts, we will be forever inspired by his example to continue the fight for a better world for all,” he said.

UN Photo/P. Filgueiras
Archbishop Desmond Tutu speaks at the opening of a photo exhibit in New York on the first-ever International Day of the Girl Child.

“While I will miss his presence, I celebrate his incredible life of service,” she wrote in a post on her official Twitter account.  Archbishop Tutu was “always with a smile, always asking us to do our 'little bit of good'", she recalled, before signing off with “R.I.P.”

The President of the UN General Assembly, Abdulla Shahid, also took to Twitter to express his sorrow.

“Deeply saddened to note the sad passing away of Archbishop Desmond Tutu who led a global campaign to end South Africa’s apartheid regime and then helped in healing the nation’s wounds,” he wrote.  “Our heartfelt condolences to the people and the Government of South Africa.”

The world will miss Archbishop Tutu dearly, said the President of the UN Economic and Social Council (ECOSOC), Collen Kelapile.

“Today, we lost a true liberation struggle icon, an inspiration to men, women and youth. Archbishop Desmond Tutu spoke his mind against injustice and bad governance with out fear," Mr. Kelapile stated in a message. "He said 'My humanity is bound up in yours, for we can only be human together.' We will miss him dearly."

Inger Andersen, head of the UN Environment Programme (UNEP), also joined the world and the people of South Africa in mourning Archbishop Tutu.  Posting on Twitter, she described him as “a pillar of moral rectitude who taught all of us to walk the righteous path with truth, justice and forgiveness in our hearts.”

Archbishop Tutu had travelled to UN Headquarters in New York on many occasions over the past  decades, including as a member of The Elders, an independent group of eminent global leaders working to promote peace and human rights.

He supported UN initiatives to address issues such as forced displacement, women’s empowerment and countering homophobia and transphobia.

Archbishop Tutu received countless honours for his activism and advocacy, including the Global Champion Against Hunger award presented by the UN World Food Programme (WFP) in November 2012.

A month later, the UN Educational, Scientific and Cultural Organization (UNESCO) announced he was the recipient of the UNESCO/Bilbao Prize, honouring his role in building a universal culture of human rights around the world.

Champions of the Earth: The Sea Women of Melanesia 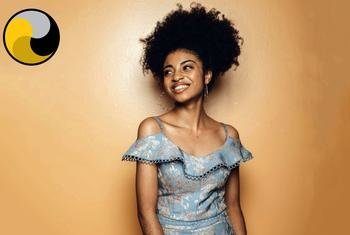 “Humiliating and degrading,” is how activist Zulaikha Patel describes some of the racist experiences she and fellow students of colour endured at Pretoria High School for Girls in South Africa.