Photo courtesy of Zulaikha Patel
In 2016, then 13-year-old Zulaikha Patel became a symbol for the movement around natural hair discrimination for Black girls at the Pretoria School for Girls in South Africa.

“Humiliating and degrading,” is how activist Zulaikha Patel describes some of the racist experiences she and fellow students of colour endured at Pretoria High School for Girls in South Africa.

Pretoria High is a former whites-only Government school based in Pretoria, a city considered the heart of the former apartheid regime, the capital with a predominantly white population.

While apartheid may be part of the history curriculum for born-free students in South Africa (those born post 1994), Zulaikha says that the apartheid mindset is still entrenched in the hearts and minds of some of the educators and institutionalized in the school policies.

Some of these policies and experiences included:

In response to these racist attitudes, Zulaikha and her friends decided to embark on a silent and non-violent protest at the school in August 2016. They wore black outfits with cards emblazoned with the words: No to racism!

The school responded by hiring additional security officers who were later accused, along with several educators, of manhandling demonstrating teenage students.

The students then took their cause to social media. In no time they realized they were not alone in their fight against what they saw as institutionalized racism. 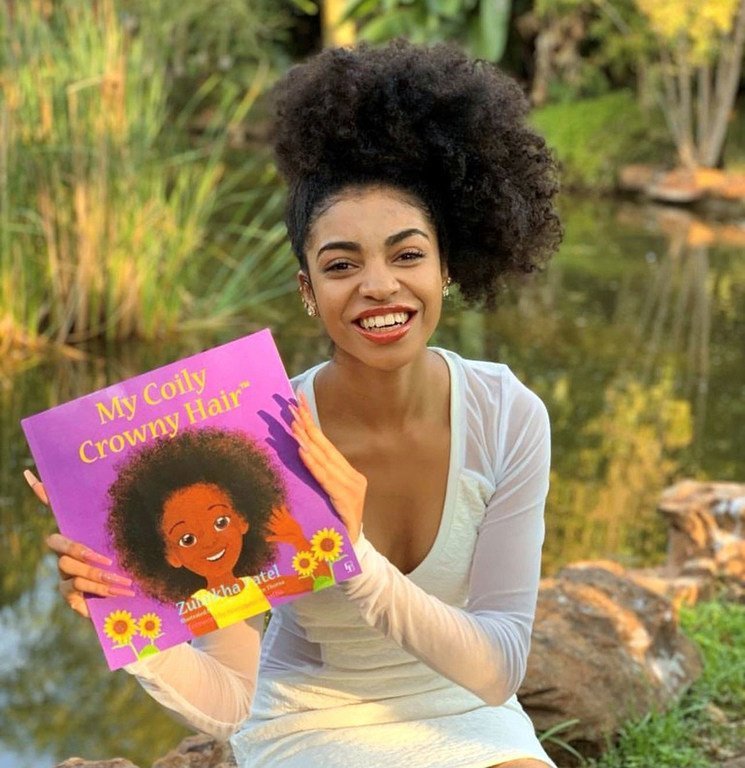 Photo courtesy of Zulaikha Patel
The young activist graduated from high school in 2020 and has finished her first children’s book, 'My Coily Crowny Hair', which follows a 7-year-old girl named Lisakhanya on a journey to embrace her natural hair with the help of her mother, grandmother, and an African queen.

In response to exclusive policies and discriminatory treatment by educators, more students organized on protests. The ripple effect of their demonstrations caught the attention of the Department of Education which then led to an investigation at the school, as well as media attention across the country.

Prior to the Pretoria Girls High incidents, Zulaikha had experienced her fair share of racism at previous schools, including in everyday life while shopping with her interracial parents.

“When I was alone with my father in a shopping mall, people would question whether I really was his daughter, because he is Indian and lighter in skin tone and also because his hair is straight as compared to mine.” she explained.

Now a well-known anti-racism activist, Zulaikha has written a book, My Cowly Crowny Hair, targeted at young African girls. The book, she says, reflects “the narrative of young girls of colour growing up, something I never experienced even though I’ve been reading since the age of four.”

Zuliakha hopes that by documenting her experience, she has given hope to other young girls like her.

As for the future, Zulaikha aspires to become a human rights advocate, fiercely advocating that it’s not enough to be just non-racist, be anti-racist.

This interview, produced by the UN Information Centre in Pretoria, is one of a series of multimedia features and podcasts produced by UN News as part of the worldwide commemoration the twentieth anniversary of the UN’s Durban Declaration (Durban +20), considered to be a milestone in the global fight against racism, racial discrimination, xenophobia and related intolerance. 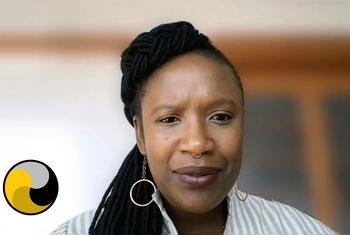 She is outspoken, candid, and speaks truth to power. She is known to lecture governments and tell them how to improve their track record on xenophobia, racism, racial discrimination, and all forms of intolerance.