In a statement released by his Spokesperson, António Guterres calls “on the electoral management body, candidates, political party leaders and their followers, through their conduct, to ensure a peaceful environment conducive to a credible, inclusive and transparent” election process.

According to news agencies, there are six candidates in the race to preside over the 2.2 million people who live in the West African nation.

Adama Barrow, the incumbent, defeated Yahya Jammeh, who had been in power for over 20 years, in 2016.

At the eve of presidential election in the #Gambia, SRSG #ANNADIF and ASG @pobee_martha participated in a meeting of heads of observer missions @ecowas_cedeao, @_AfricanUnion, @commonwealthsec, @EU_Commission presented their assessment report on pre-election activities pic.twitter.com/Om3gWHFVk6

At the time, Mr. Jammeh initially refused to step down, resulting in a constitutional crisis, but he eventually facilitated an orderly transfer of power, with the UN and other partners commending his “goodwill and statesmanship”.

As part of the preparations for the election, the Special Representative of the Secretary-General for West Africa and the Sahel, Annadif Khatir Mahamat Saleh, is visiting the country.

During the three days visit, Mr. Saleh, who also acts as the head of the UN Office for West Africa and the Sahel (UNOWAS), will meet election observers, civil society organisations and the UN Country Team.

On Friday, the Special Representative also had talks with the Gambian Minister of Foreign Affairs.

In his statement, Mr. Guterres also welcomes the completion of the work of the Gambian Truth, Reconciliation and Reparations Commission (TRRC).

On 25 November, the Commission submitted its final report to the President of the Republic.

The Secretary-General commended the Commission for its “tireless work” and urged the Government to ensure “speedy follow-up action” on the recommendations contained in the report.

Mr. Guterres concluded assuring that the United Nations remains “a staunch partner” in the transitional justice process in The Gambia.

“[The UN] stands ready to continue supporting national efforts towards the full implementation of the Commission’s recommendations to ensure justice, reparations for victims and closure, as necessary steps towards national reconciliation and social cohesion”, he assured.

Building peace: Plotting a route towards democracy in The Gambia

Dealing with the trauma of displacement in The Gambia

The Gambia: UN chief urges respect for rule of law amid reports of coup attempt 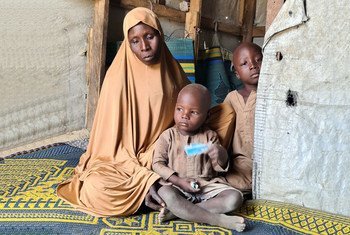 While elections are one-time events, “democracy is a constant process of deliberation and consultation” where dialogue provides an “important arena for the building of national consensus”, the top UN official in West Africa told the Security Council on Monday.