© UNICEF/Simon Lister
At an age when children should be in school, millions are engaged in work that is potentially harmful to their health.

In an alert to coincide with the International Day for the Abolition of Slavery on 2 December, they warned that global challenges such as COVID-19, climate change and armed conflict have amplified existing vulnerabilities.

According to figures released by UNICEF and ILO in June, almost 80 million children aged 5 to 17, are subjected to hazardous work which is classified as a contemporary form of slavery.

Now, according to the experts, these children may be working longer hours or under worsening conditions as a result of the economic recession and school closures caused by the pandemic.

Many others may have been forced into the worst forms of child labour, owing to job and income losses among their families.  This includes the forced recruitment of youngsters into armed and criminal groups.

According to unofficial estimates cited by the experts, one in every 130 women and girls is subjected to contemporary forms of slavery such as child and forced marriage, domestic servitude, forced labour and debt bondage.

They argue that “gender inequalities lie at the heart of contemporary forms of slavery”, but note that these practices are also fuelled by intersecting forms of discrimination, such as race, social and economic status, age, disability, sexual orientation, and migration status, among others.

The experts urge Member States to establish safe migration pathways, along with easier access to decent work and more cooperation with the business sector, civil society organisations and trade unions.

For them, “accountability of perpetrators must be strengthened as a matter of priority, as currently impunity prevails in far too many instances.”

“Slavery in all its forms needs to end for everyone, including women and children in contexts of armed conflict. Slavery is a disgrace to humanity which in the 21st century cannot be tolerated”, they conclude.

This year marks the 30th anniversary of the UN Voluntary Trust Fund on Contemporary Forms of Slavery. This year alone, 18,000 victims received vital assistance from organizations supported by the Fund.

To mark the International Day for the Abolition of Slavery, the experts appeal to all Member States to increase their contribution to the Fund, or to make one for the first time.

The Special Rapporteurs are part of what is known as the Special Procedures of the Human Rights Council. They work on a voluntary basis; they are not UN staff and do not receive a salary for their work. They are independent from any government or organization and serve in their individual capacity. 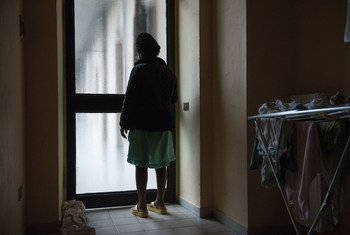 Unless governments act now, millions of the world’s most vulnerable people could be pushed into contemporary forms of slavery and other exploitation due to the COVID-19 pandemic, a UN independent human rights expert has said.