Following “hard-earned” parliamentary elections on 10 October, Iraqis of all political stripes must exercise restraint, eschew violence and await the outcome’s final certification by the Federal Supreme Court, the senior UN official in the country told the Security Council on Tuesday.

Jeanine Plasschaert, Special Representative and Head of the UN Assistance Mission for Iraq (UNAMI) said clashes erupted in the weeks following the vote, with demonstrations and sit-ins escalating into violence and casualties reported.

🎥 | Briefing (As Delivered) by SRSG and head of UNAMI, Ms. Jeanine Hennis-Plasschaert, at the 8910th meeting of the UN Security Council on the situation concerning #Iraq, held via video-teleconference from Baghdad on Tuesday, 23 November 2021.https://t.co/VbIqkXZqyF

On 7 November, an assassination attempt was made on Prime Minister Mustafa al-Kadhimi when an exploding drone entered his residence in Baghdad’s Green Zone.

Describing Iraq’s current outlook as “precarious”, the Special Representative recalled that the October elections themselves emerged from an unprecedented wave of country-wide demonstrations in 2019.

Marked by violence, excessive use of force, abductions and targeted killings, the protests left hundreds dead and thousands injuried.

The country’s current fragile peace also comes on the heels of decades of conflict, which prevented ordinary civilians from making their voices heard.

“A lack of political, economic and social prospects made many, many Iraqis take to the streets”, said Ms. Plasschaert. “Their demands and grievances remain as relevant as ever”.

‘Much to be proud of’

While turnout for the recently concluded election was just 41 per cent, the vote was generally peaceful and well-run.

“There is much for Iraqis to be proud of in this election,” said the Special Representative.

On 22 October, the Security Council issued a statement congratulating the people and Government of Iraq on the smooth conduct of a “technically sound election” and deploring related threats of violence.

UNAMI had provided technical assistance to the electoral process and warned against the threats of violence and misinformation.

Moreover, many experts have noted that the recent election provides fresh hope that Iraq’s challenges can be addressed democratically going forward.

The UN official acknowledged that elections and their outcomes can provoke strong feelings, in Iraq or in any democracy across the globe.

While the results may be disappointing to some, she strongly cautioned against allowing civil debate – the bedrock of pluralism and political engagement – to give way to misinformation, baseless accusations, intimidation or threats of violence.

“Under no circumstances must terrorism, violence or any other unlawful acts be allowed to derail Iraq’s democratic process”, she stressed.

“I call on all stakeholders not to go down that path”, underscored the UNAMI chief.

“The importance of a sound and inclusive government formation process cannot be overstated”, she concluded. 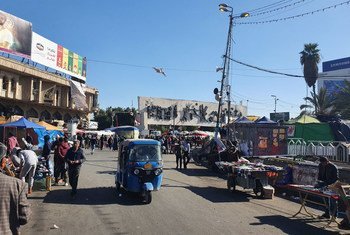 The UN Assistance Mission for Iraq (UNAMI) has condemned “in the strongest terms” the assassination attempt on Prime Minister Mustafa al-Kadhimi, following a drone attack overnight on Sunday, aimed on his house in Baghdad’s heavily fortified Green Zone. 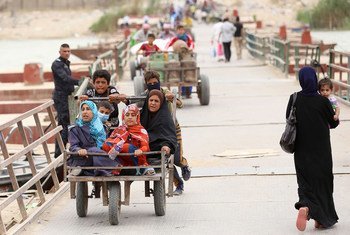