Although progress has been made in Somalia’s electoral process, it has been slow and uneven, the UN Special Representative for the country said in a briefing to the Security Council on Wednesday.

James Swan, head of the UN Assistance Mission in Somalia (UNSOM), welcomed completion of the indirect elections for the Upper House of the Federal Parliament, which began in July, and the start of those for the lower chamber, known as the House of the People.

While 14 women will be among the 54 Senators in the Upper House, representing 26 per cent of parliamentarians there, Mr. Swan said this figure falls short of the 30 per cent quota for women’s participation.

Mr. Swan urged stakeholders to move quickly to conclude the lower house elections before the end of the year.

“Although progress is being made, the efforts of Somalia’s political leaders will need to be redoubled in the coming weeks to bring the elections for the Federal Parliament to a successful conclusion, so that the presidential elections can then be held as soon as possible,” he said, speaking via videoconference.

“The completion of these elections is more important than ever, so that all effort can return to the key governance, security, and development priorities in Somalia”.

The envoy said the UN will continue its engagement and support towards advancing the indirect polls, with clan representatives electing parliamentarians who will then vote for the president.

Only two of the 275 seats in the lower house have been filled so far, and 30 per cent are also reserved for women.

“We continue to stress that women’s full inclusion and representation in political life, and in all sectors of life, is key for Somalia’s sustainable peace and development”, said Mr. Swan.

Somali women’s rights activist Asha Abdulle Siyad, who also addressed the Council, has been among those advocating for the 30 per cent quota.

“We are deeply concerned of the delays and the lack of concrete measures and schedules for the completion of the House of the People election”, said Ms. Siyad, Executive Director of the Somali Women's Leadership Initiative.

“Further delay in the election is likely to affect women’s quota negatively as the attention of all concerned, including the

Nearly 1,000 civilians have been killed or injured in armed conflict so far this year – with the group responsible for some two-thirds of civilian casualties.

Mr. Swan paid tribute to the Somali security forces and troops serving with the African Union mission in the country, AMISOM, who face Al-Shabaab on a daily basis.

“In addition, and of late, Al-Shabaab’s effort is increasingly and deliberately directed at disrupting the electoral process with attacks on some election centres, indirect fire attacks against AMISOM fortified bases, and increased public execution of individuals working with the Somali security forces and AMISOM personnel”, he said.

The mission's mandate expires on 31 December and a plan to progressively transfer security responsibility from AMISOM to the Somali Security Forces is advancing, though slowly.

Mr. Madeira called for discussions on the new mission to be concluded as a matter of urgency, noting  the talks cover issues such as enhanced coordination and cooperation, complementary approaches, sustained information sharing, and funding. 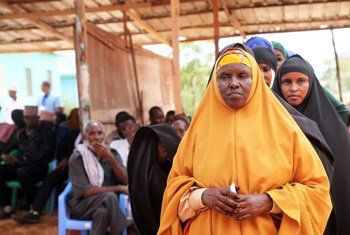 Unresolved issues surrounding parliamentary quotas, and women’s participation in elections in Somalia were highlighted by UN Deputy Secretary-General Amina Mohammed in the Security Council on Tuesday, with the aim of increasing their involvement in the political process. 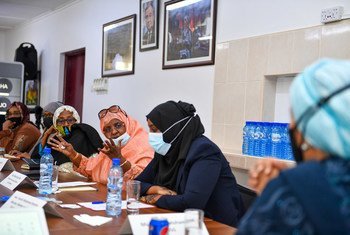 The United Nations Deputy Secretary-General, Amina J. Mohammed, visited Somalia on Sunday, to express her solidarity with Somali women’s calls for full and equal participation in political life, and the support of the international community for timely, inclusive, peaceful and credible elections.