UN News/Laura Quiñones
Civil organizations march inside the venue at the COP26 Climate Conference in Glasgow, Scotland, in a demonstration on the last day.

COP26, the UN climate summit in Glasgow, is running into overtime, as leaders and negotiators will keep working to reach a deal that could spare the world from catastrophic global warming.

“This is our collective moment in history, this is our chance to forge a cleaner, healthier and more prosperous world, and this is our time to deliver on the high ambition set by our leaders at the start of the summit, we must rise to the occasion,” he said during an informal plenary to update delegates.

He reported that Ministers had worked late into the night to discuss finance and "loss and damage", and that it was still his “sincere intention” to get a final agreement over the line by the end of the day.

“We need a final injection of that can-do spirit to get our shared endeavor over the line,” he said.

The plenary heard statements from various countries, including a strong call from many representatives to add to the outcome text language that would lead to the end of all fossil fuel use, not just coal.

The latest draft text currently states: “Parties to accelerate the development, deployment and dissemination of technologies, and the adoption of policies, to transition towards low-emission energy systems, including by rapidly scaling up clean power generation and accelerating the phaseout of unabated coal power and of inefficient subsidies for fossil fuels”.

“This is personal, it’s not about politics,” said the European Union’s top negotiator, adding that the targets in Glasgow would be “utterly meaningless” unless countries agree on a clear signal to end all fossil fuel subsidies.

On the same topic, John Kerry, the US climate envoy, said that to keep spending money on these types of subsidies is “insanity”.

“Those subsidies have to go. We’re the largest oil and gas producer in the world and we have some of those subsidies and President Biden has put in legislation to get rid of them,” he said.

The US, he continued, struggles each year to find money, “but $2.5 trillion in the last five or six years went into subsidies for fossil fuel. That’s the definition of insanity. We’re allowing ourselves to feed the very problem we’re here to try to cure. It doesn't make sense,” stated Mr. Kerry.

Another thorny issue that remains unresolved is the extent to which developed countries will compensate vulnerable nations for ‘loss and damage’ caused by climate change.

The representative from the G77 and China negotiating group of developing countries, said that they were “deeply disappointed" that their proposal to establish a Glasgow Loss and Damage Facility is not reflected on the text.

“That proposal has been put forward by the entire developing world, to respond to our needs…To address the loss and damage inflicted by climate change”, he said.

Likewise, there was a push from many countries to strengthen the call to keep alive the Paris Agreement goal to limit global warming to well below 2, preferably to 1.5 degrees Celsius, and to demonstrate more ambition on climate finance.

“We came to Glasgow with high hopes and expectations, however in this final hour of COP26, we have doubts, and we still keep hearing some pushback on the ambition that is required to close the 2030 gap in line with the 1.5-degree target, reservations on support for loss and damage…and we are still waiting to see much-needed progress on climate finance”, said Buthan’s negotiator, speaking on behald of the Group of Least Developed Countries (LDCs).

UN News/Laura Quiñones
A group armed with signs pose for photographers at the main corridor of the Blue Zone at the COP26 Climate Conference in Glasgow, Scotland.

Earlier in the day, civil society groups took over the COP26 plenary room, the same one negotiators had sat in for their stocktaking meetings.

To start, delegates were asked to stand if they had lost loved ones during the COVID-19 pandemic and if they had experienced climate impacts. Most of them did.

“There is no doubt that we the people representing all countries across the world, in our diversity, have all felt the impacts of a pandemic and a climate crisis. It is the same sections of society that bear the full burdens of these different crises,” said Tasneem Essop, Executive Director of CAN-International.

Representing African civil society, Mohamed Adow claimed that they had been “locked out of the process” at COP26.

“We the people demand global North countries pay their climate debt, deliver a global goal on adaptation, address climate injustice and pay up for losses and damages”, he said.

After the interventions, the organizations, which included indigenous collectives and women’s groups, marched out of the plenary and were joined by many other participants waiting for them in the halls. Holding picket signs and banners, they shouted demands for climate justice as they made their way out of the conference.

Outside the gates, they met up with a larger group of demonstrators and they all continued together across the river towards the iconic Finnieston Street bridge, where some waited most of the day for the conference’s final outcome.

Want to know more? Check out our special events page, where you can find all our coverage of the COP26 climate summit, including stories, explainers, podcasts and our newsletter. 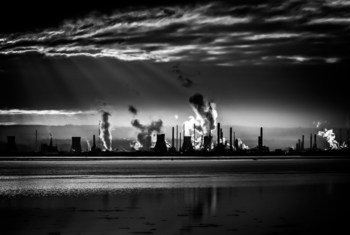 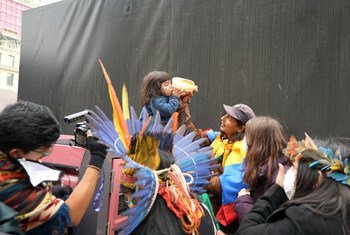 As millions took to the streets of cities around the world on Saturday, demanding greater climate action, some countries taking part in the COP26 negotiations, made new pledges to invest in nature-based solutions and a greener approach to farming.