©FAO/Frank Ribas
Women and children displaced by violence working in their vegetable garden in Kalemie, Tanganyika where FAO provides seeds and tools so that displaced families and the local population can grow vegetables.

UN agencies raised the alarm on Wednesday over the growing food crisis in the Democratic Republic of the Congo (DRC), calling for an urgent scaling-up of assistance.

The Food and Agriculture Organization (FAO) and World Food Programme (WFP) warned that without help, widespread and unabated food insecurity could worsen in the coming months.

🔴#DRCongo: 27mil. people - 1/4 of the population - face crisis/emergency acute food insecurity conditions, according to @theIPCinfo.@FAO & @WFP warn that, without scaled-up assistance in the coming months, the food crisis could get even worse. 👉 https://t.co/4cNjbUmP75 #DRC pic.twitter.com/DiFH1giuU0

“The food situation for many people in the Democratic Republic of the Congo remains desperate, with so many different obstacles – insecurity, disease, devastation and lack of infrastructure, low access to quality inputs and finance to name but a few – ganging up against their chances of being able to properly feed themselves and their families”, said Aristide Ongone, FAO’s DRC Representative.

Bailing out a ‘leaky boat’

The number of Congolese in the crisis phase of acute food insecurity, is higher than any other country analysed by the IPC.

The new IPC report, which shows even the capital Kinshasa is badly affected, forecasts the alarming hunger numbers are likely to remain unchanged through the first half of next year.

Indeed, the nutrition picture could even worsen in some regions and among particularly vulnerable groups, including young children and pregnant or nursing mothers.

“These numbers are a wake-up call for more action and to do things differently”, said WFP DRC Representative and Country Director, Peter Musoko.

“Right now, it feels like we're bailing out a leaky boat. We need to get together with the Government, our partners and the private sector, to figure out how to give hope to the people of this country.”

DRC’s food crisis stems from a dangerous mix of factors, from violence and insecurity that have weakened agricultural production, to crumbling transport and communication links, along with multiple armed groups displacing millions – especially in the northeast, where insecurity is on the rise in two particular hotspots.

Even where food is available, high prices and falling incomes mean many people are unable to afford proper nutrition.

And COVID-19 has exacerbated the calamitous effects of natural disasters while measures to contain the pandemic have devastated the economy – plunging local currency and rendering millions out of work, including in the informal sector. 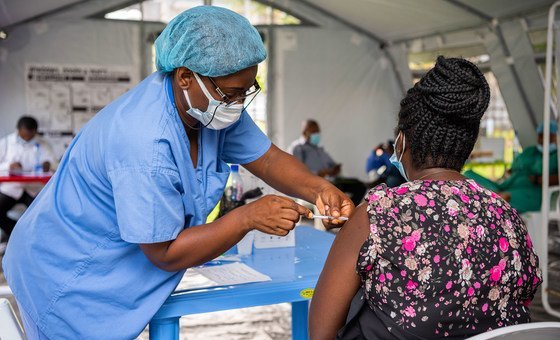 From the coronavirus fallout to insecurity, agricultural livelihoods have been hit hard, limiting farmers' access to markets, shrinking production and decimating crops and livestock.

“The only way to break the cycle and shift these trends is to help them increase their resilience and productivity”, said Mr. Ongone.

To fast track an effective response to the scope, urgency and complexity of the crisis, FAO has scaled up its support to the most vulnerable.

While the UN agency needs a total of $65 million to provide life-saving livelihood assistance to 1.1 million people in areas affected by high acute food insecurity, only $4.5 million has currently been received.

Despite an extremely tough operating environment, WFP aims to reach 8.7 million Congolese this year with food, nutrition and cash-based assistance – nearly two million more than in 2020; and feed 200,000 school children in the 2021-22 academic year and half-a-million by 2024.

The support ranges from meeting the immediate food and nutritional needs of the most vulnerable to building longer-term resilience for families.

Overall, WFP needs $99 million through April 2022 to reach those most needing support. 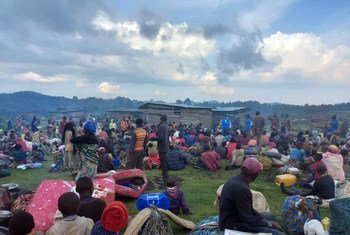 Fighting in the eastern Democratic Republic of the Congo (DRC) has forced at least 11,000 people to flee to neighbouring Uganda since Sunday night, representing the largest refugee influx in a single day for more than a year, the UN refugee agency, UNHCR, said on Tuesday.