© WFP/Leni Kinzli
Tens of thousands of Ethiopians have been displaced by the ongoing conflict in the Tigray region.

The Members of the United Nations Security Council expressed “deep concern” about the expansion and intensification of military clashes in northern Ethiopia.

In a press statement released this Friday, they noted the impact of the conflict on the humanitarian situation, as well as the stability of the country and the wider region.

They also welcomed the efforts of the UN Secretary-General. Earlier this week, António Guterres said: “The stability of Ethiopia and the wider region is at stake.”

The statement called for the respect of international humanitarian law, for safe and unhindered humanitarian access, the re-establishment of public services, and the scaling up of humanitarian assistance.

The Council Members also call to put an end to hostilities and a lasting ceasefire, saying it could be start of “an inclusive Ethiopian national dialogue to resolve the crisis and create the foundation for peace and stability throughout the country.”

The Members of the Security Council reiterated their support for the role of regional organizations, namely the African Union (AU) and its High Representative for the Horn of African Region, Olusegun Obasanjo.

The statement also reaffirms the Security Council’s “strong commitment to the sovereignty, political independence, territorial integrity and unity of Ethiopia.”

History of a conflict

After heavy fighting erupted last November between Government troops and those loyal to the Tigray People's Liberation Front (TPLF), some 5.2 million people remain in need of assistance across the Ethiopian regions of Tigray, Amhara and Afar.

Amidst allegations of widespread human rights abuses on all sides, thousands are feared killed and more than two million have been forced to flee their homes.

Over the past few months, killings, lootings and the destruction of health centres and farms, including irrigation systems that are vital to production, have triggered an even larger surge in humanitarian need. 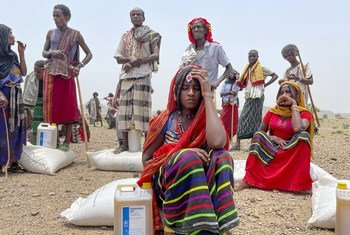 The UN Secretary-General, António Guterres, is extremely concerned by the escalation of violence in Ethiopia and the recent declaration of a state of emergency.