At a celebratory concert in New York on Thursday night, marking the anniversary of the foundational UN Charter entering into force, the Secretary-General said that the “spirit of solidarity and action” that marks United Nations United Nations Day itself, is “wonderfully expressed in the power of music”.

The actual Day is 24 October, when each year, the Organizsation reaffirms the purposes and principles that have guided it for the past 76 years.

24th October is #UnitedNationsDay! It marks the anniversary of the day in 1945 when the @UN Charter entered into force. #UNDay, celebrated every year, offers the opportunity to amplify our common agenda and reaffirm the purposes and principles of the #UNCharter. pic.twitter.com/zB2011zIlt

“Music reflects the profound diversity and unique contributions of cultures around the world”, said UN chief António Guterres, inside the concert venue – the gilded General Assembly Hall. “At the same time, it is universal. A language that bridges all divides”.

As the world begins gradually to recover from the COVID-19 pandemic, the 2021 concert represents a call to strengthen international cooperation in the interest of both nations and peoples, for a more peaceful and prosperous future for all.

“The last 20 months have been an extraordinarily difficult and even isolating moment for the human family”, said the Secretary-General.

“Tonight, let us watch as one, listen as one, and be inspired as one. And let us commit, once again, to the UN Charter and the values that have brought it to life for the last 76 years – peace, dignity and prosperity for all”.

This year’s concert followed a hybrid format with live and pre-recorded performances and a small audience who followed physical distancing protocols.

In his message marking the day, the Secretary-General pointed out that 76 years ago, the UN was created as “a vehicle of hope for a world emerging from the shadow of catastrophic conflict”.

“Today”, he added, “the women and men of the UN carry this hope forward around the globe”.

Solidarity, ‘the only way’

The UN chief observed that while COVID-19, conflicts, hunger, poverty and the climate emergency remind us that our world is far from perfect, they also make clear that “solidarity is the only way forward”.

“We need to come together to tackle great challenges and advance the Sustainable Development Goals (SDGs)”.

Mr. Guterres said this could be done by ensuring that every person, everywhere, has access to COVID-19 vaccines “sooner rather than later” and by seeking an end to the “conflicts that scar our world”.

He also underscored the importance of “securing and upholding the rights and dignity of all people”, especially the poorest and most disadvantaged, girls and women, and children and young people; and building a more inclusive, networked and effective global governance, as detailed in his recent report, Our Common Agenda.

The values of peace, development, human rights, and opportunity for all, which have for the last 76 years have powered the UN Charter, “have no expiry date”, said the top UN official.

“As we mark UN Day, let’s unite behind these ideals, and live up to the full promise, potential and hope of the United Nations”, concluded the Secretary-General.

UN YouTube
Concert in Celebration of the 76th Anniversary of the United Nations - UN Chamber Music Society
♦ Receive daily updates directly in your inbox - Subscribe here to a topic.
♦ Download the UN News app for your iOS or Android devices. 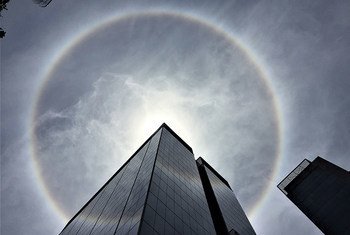 Multilateralism remains “the only way to address common challenges”, UN General Assembly President Abdulla Shahid told journalists on Friday, in his first press conference since the conclusion of the annual High-Level Week. 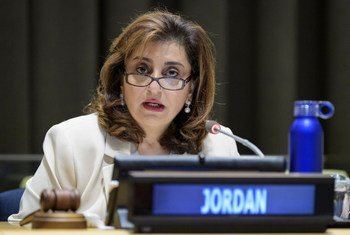 Secretary-General António Guterres described Sima Sami Bahous of Jordan, as “a champion for women and girls”, announcing on Monday her appointment to lead the UN’s gender equality and empowerment entity, UN Women.