UN Photo/Sylvain Liechti
A UN convoy travels between Gao and Kidal, in Northern Mali, in February 2017.

The UN Secretary-General has condemned an attack against peacekeepers in Mali on Saturday which left one Egyptian ‘blue helmet’ dead, and four others seriously injured.

António Guterres expressed his deep condolences to the family of the victim, as well as the Government and people of Egypt, wishing a speedy recovery to the injured peacekeepers serving with the UN Stabilization Mission for Mali (MINUSMA).

The Secretary-General strongly condemns the improvised explosive device attacks today against a @UN_MINUSMA convoy near Tessalit, Kidal region. A peacekeeper from Egypt was killed and four others were seriously injured.https://t.co/e1IxNrGOhb

In a statement, MINUSMA said they had been travelling in a convoy near Tessalit, inside the restive Kidal region, when their vehicle hit an improvised explosive device.

The Special Representative of the Secretary-General and Head of (MINUSMA), El-Ghassim WANE, also strongly condemned the attack, noting that it was “a sad reminder of the permanent danger that hangs over our peacekeepers and of the sacrifices made for peace in Mali”.

Mali remains the most dangerous place to serve as a peacekeeper and having experienced two military coups over the past year, the security situation has deteriorated overall, with State institutions weakened.

Armed extremists in the north and centre of the country, continue to launch all-out attacks on civilians as well as UN personnel, while communal violence is also on the rise, according to the UN independent expert on the human rights situation in Mali, who said last month that the rise in violence, threatened the country’s very survival.

Mr. WANE paid tribute to the soldier who died and said the injured blue helmets had been evacuated and were “receiving the necessary care. He offered his deepest condolences to the Government of the deceased, to his family and comrades-in-arms.”

The MINUSMA chief said that the “cowardly attack” would only strengthen the mission’s “determination to support Mali and its people, in their quest for peace and stability.”

The Secretary-General recalled that attacks targeting peacekeepers “may constitute war crimes under international law” and called on the Malian authorities to “spare no effort in identifying the perpetrators of these attacks so that they can be brought to justice swiftly.

“The Secretary-General reaffirms the solidarity of the United Nations with the people and Government of Mali”, his statement concluded. 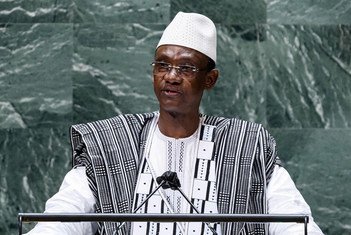 As crises ‘pile up’ in the Sahel, Malian leader says it's time to consider more robust mandate for UN Mission

The interim Prime Minister of Mali, Choguel Kokalla Maïga, said on Saturday that “rarely, has a country or region been as severely affected by the piling up of crises than Mali and the states of the Sahel.” 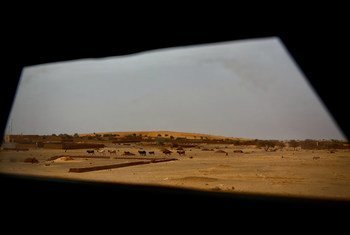 Attacks against so-called slaves in Mali are on the rise and authorities must do more to prevent them, two independent UN human rights experts said on Monday.