A new 11,000 square metre ‘ephemeral fresco’ created by Swiss artist Saype, has set the stage at UN Headquarters in New York, to welcome world leaders for the General Assembly High Level Week. It shows two children building the world of the future using origami, highlighting the participation of young people.

“World in Progress II is perfectly suited to our time and place. First, it is, in all senses, a big picture.  Both its execution and its subject are monumental and ambitious.  We have to take several steps back, just to view it in its entirety.  Then we understand that it shows two children, designing their ideal world together”, said on Saturday UN Secretary General during the unveiling ceremony.

Antonio Guterres explained that, just like the artwork, the United Nations’ mission extends far beyond what we can see around us. “Most of it lies out of our view. Our work is multilateral, and multi-generational. And each of us plays an essential part in creating the whole”, he added. 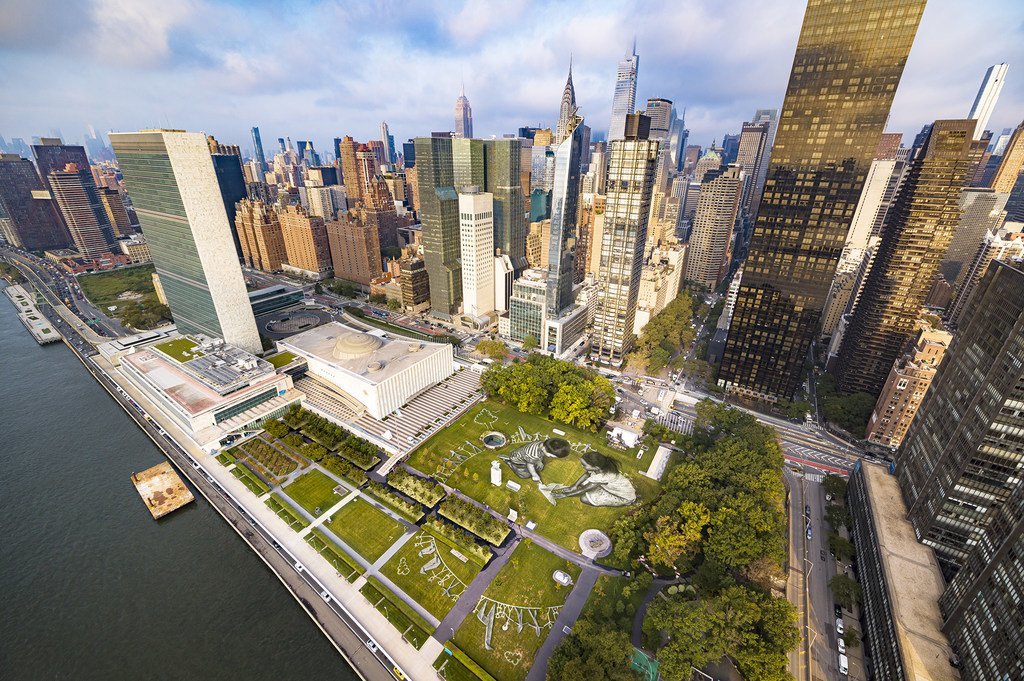 Valentin Flauraud for Saype
The giant fresco made by artist Saype represents peace and youth participation.

Guillaume Legros, or “Saype”, an artist name inspired by the contraction of the words “say” and “peace”, is famous for its invention of an eco-friendly painting process. His special technique allows him to create huge frescoes directly on the grass.

“In two weeks, there will be nothing left due to the regrowth of the grass. This makes the work disappear, even more than the rain”, he explained to UN News, adding that he spent more than a year finding the right pigments for his ephemeral art.

Saype had already shared one of his creations at UN premises before. Last year, World in Progress I was unveiled during the commemoration of the UN’s 75th anniversary in Geneva, Switzerland.

“In the centre, there is a dove that symbolizes peace. The basic idea is that on the one hand when talking about children, we ask ourselves what responsibility we have towards them. But, on the other hand, they are the ones who will have the world of tomorrow in their hands. This means that we must really learn to live together in a world that is also hyper-connected”, he said.

A call to world leaders

For the UN chief, the children depicted in World in Progress II are designing our shared future.

“This year’s General Debate will take up this theme, focusing on the world we are building together. My recent report on Our Common Agenda recommends new ways for today’s decision-makers to better serve both young people, and future generations”.

Mr. Guterres said he was hopeful that world leaders will take inspiration from Saype’s art to consider how “we can look beyond our immediate surroundings, while respecting nature and our planet”.

Giant eco-friendly artwork unveiled at United Nations
♦ Receive daily updates directly in your inbox - Subscribe here to a topic.
♦ Download the UN News app for your iOS or Android devices. 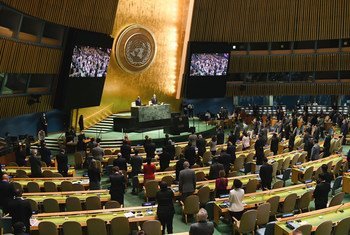