UNAMA
Girls play volleyball at a school in Herat, Afghanistan, in 2016.

The UN Children’s Fund (UNICEF) on Friday welcomed the news that secondary schools are due to reopen in Afghanistan on Saturday, after months of closure due to COVID-19, but stressed that girls must not be kept from the classroom.

“We are deeply worried”, UNICEF chief Henrietta Fore said in a statement, “that many girls may not be allowed back at this time”.

UNICEF welcomes news that secondary schools in Afghanistan will be open tomorrow after closing down for months due to COVID-19. We are deeply worried, however, that many girls may not be allowed back at this time.Girls cannot, and must not, be left behind.

No mention of girls

According to news reports, the announcement of school reopening from the Taliban, referred only to the return of boys, making no reference to a return date for girls.

“Girls cannot, and must not, be left behind. It is critical that all girls, including older girls, are able to resume their education without any further delays. For that, we need female teachers to resume teaching”, she added.

The Taliban militant group which ruled Afghanistan from the late 1990s to 2001, regained control after international troops withdrew in August and the Afghan Government collapsed, prompting concern that they will reimpose a harsh interpretation of Islamic law that prohibits girls from attending school.

Even before the most recent humanitarian crisis – for which the UN held a pledging conference to extend a lifeline to the most vulnerable – 4.2 million children were not enrolled in school, around 60 per cent of them girls, according to UNICEF.

“Every day that girls miss out on education is a missed opportunity for them, their families and their communities”, the UNICEF chief said.

Despite this, there have been important improvements for the country’s children that must be respected and protected.

Over the past two decades, significant progress in education has been made, with a three-fold increase in the number of schools in the country and a surge in the number of children in attendance – from one million to 9.5 million.

Support education ‘for all’

UNICEF is urging development partners to support education “for all children” in Afghanistan.

“UNICEF will continue to advocate with all actors so that all girls and boys have an equal chance to learn and develop the skills they need to thrive and build a peaceful and productive Afghanistan”, Ms. Fore concluded. 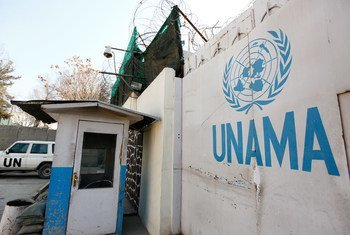 The Security Council unanimously adopted a resolution renewing the mandate of the UN Assistance Mission in Afghanistan (UNAMA) on Friday, specifying the importance of “equal and meaningful participation” of women in public life. 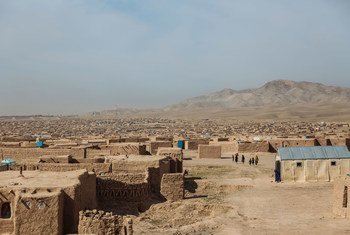 UN Secretary-General António Guterres on Monday hailed significant international financial support pledged to the people of Afghanistan following a meeting in Geneva, which nearly doubled the initial $606 million flash appeal for the country.