While the choices available in Afghanistan are “not comfortable” ones, continued international engagement and unwavering commitment to the country’s people can help steer the situation to its best possible outcome, the UN’s senior official in Kabul told the Security Council on Thursday.

In particular, Deborah Lyons, UN Special Representative and head of the UN’s assistance mission in Afghanistan, said the world will urgently need to devise a “modus vivendi” to allow billions of dollars in frozen donor funds, to flow into Afghanistan’s fragile economy.

Citing credible reports of reprisal killings, crackdowns on women’s freedoms and other rights violations by the country’s new Taliban-led administration, she added that the UN will also need to decide how to engage with high-level members of the Taliban’s de facto administration - including the newly named prime minister, two deputy prime ministers and foreign minister - who are currently on UN sanctions lists.

In the new reality that followed the fall of Kabul on 15 August, the world witnessed first scenes of chaos, and then images of protests around Afghanistan.

“These scenes, watched around the world … show that the Taliban have won power, but not yet the confidence of all the Afghan people,” said Ms. Lyons.

As the Council and the global community now ask themselves how to respond, she stressed that there are no “comfortable” answers.

“Those who hoped for, and urged, inclusivity will be disappointed,” she said, noting that no women, minority representatives or non-Taliban individuals have been named as part of the de facto Government.

A mixed picture has emerged in the weeks since the Taliban took power. The UN premises has largely been respected, but there have been worrying reports of harassment and intimidation against its national staff.

Ms. Lyons also expressed concern that, despite many Taliban statements granting general amnesties to former members of the Afghan National Defense and Security Forces and officials of the administration of former President Ashraf Ghani, reports are emerging of house-to-house searches and seizures by Taliban officials.

And while they have provided many assurances on women's rights, there are new reports that women are being prohibited from working or appearing in public places without male chaperones.

UNAMA/Fardin Waezi
Deborah Lyons, Special Representative of the Secretary-General and head of the UN Assistance Mission in Afghanistan (UNAMA).

Amidst additional reports that girls’ access to education is once again becoming limited, the Security Council also heard an urgent briefing by Malala Yousafzai, the Pakistani activist, Nobel Prize recipient and founder of the Malala Fund, who reminded delegates what life for women and girls was like under past iterations of Taliban rule.

“I saw my home transformed from a place of peace to a place of fear in just three years,” she said.

Describing her experience of running from gunfire and explosions on the street, she said her childhood 15 years ago was marked by public floggings, schools that closed their doors to girls and banners in shopping malls declaring that women were not allowed.

“This is a story that many Afghan girls may share if we do not act,” she warned, calling on the Council to send a clear and unequivocal message to the Taliban that upholding the rights of women and girls is a precondition of any working relationship.

Emphasizing the UN’s commitment to stay and deliver assistance and support to the people of Afghanistan, Ms. Lyons said that means it must engage with the Taliban, including on ways to allow money to flow into Afghanistan.

An additional, looming crisis is the billions of dollars in assets and donor funds that has been frozen by countries in an attempt to deny them to the Taliban.

“The inevitable effect, however, will be a severe economic downturn that could throw millions into poverty and hunger, may generate a massive wave of refugees from Afghanistan, and set Afghanistan back for generations,” the Special Representative warned.

Citing her initial engagement with certain Taliban leaders, she said they clearly stated their need for international assistance, which provides the global community leverage over their actions.

“We can still shape this new reality into a more positive direction,” she stressed. 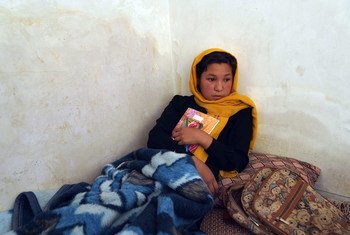 The Security Council cannot fail the women and girls of Afghanistan, former President of Ireland Mary Robinson warned on Tuesday, as she reminded its 15 members of the relentless work carried out over nearly 20 years to secure their rights through constitutional, legislative and policy changes. 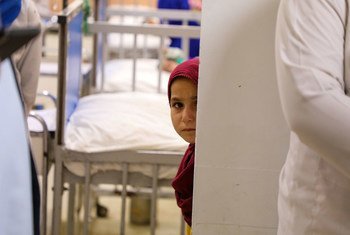 With food aid running out, Afghanistan is facing the collapse of basic services, said UN agencies on Tuesday, releasing a flash appeal for more than $600 million to support around 11 million across the crisis-wracked country to the end of the year.