Unsplash/Jo-Anne McArthur
A kangaroo and her baby survive forest fires in Mallacoota, Australia.

Climate change will “wreak havoc” across the Australian economy if coal is not rapidly phased out, a senior UN official warned on Monday.

He reiterated the need for countries of the intergovernmental economic organization OECD , including Australia, to stop using coal by 2030 and by 2040 for all others.

Most developed countries have signed up to a target of net-zero emissions by 2050.

Due to its reliance on coal-fired power, Australia is one of the world's largest carbon emitters per capita, but Prime Minister Scott Morrison has resisted committing to a timeline to set a net-zero greenhouse gas emissions target for 2050.

Noting that national governments – responsible for 73 per cent of global emissions – have now committed to net-zero by mid-century, he urged Australia to join them “as a matter of urgency”.

“While crucial, these long-term national net-zero commitments are only part of what is needed. It is essential they are backed by ambitious 2030 targets and clear plans to achieve them, otherwise, we will not see the changes in the real economy we urgently need”, he told the ANU Crawford Leadership Forum.

Mr. Hart highlighted the extent to which this policy has isolated the Government and emphasized the importance of taking “greater action this decade.

“We fully understand the role that coal and other fossil fuels have played in Australia's economy, even if mining accounts for a small fraction – around 2 per cent –  of overall jobs”, Mr. Hart added, “but it's essential to have a broader, more honest and rational conversation about what is in Australia's interests”.

Prime Minister Scott Morrison has said that Australia would update its 2030 emissions projections at UN climate talks in Glasgow in November.

Mr. Hart urged Australia to “seize the moment” and switch to renewables.

The UN official quoted a previous call by Secretary-General António Guterres that wealthy countries phase out coal by 2030 and other countries, which have had less opportunity to develop using fossil fuels, to stop its use by 2040.

“If adopted, this timetable would leave nearly a decade for Australia to ensure a just transition for its coal workers and others affected”, he said.

“We are at a critical juncture in the climate crisis”, he said, noting that if G20 industrialized nations choose business-as-usual, “climate change will soon send Australia’s high living standards up in flames”.

By contrast however, if countries including Australia choose bold climate action, “a new wave of prosperity, jobs, fairness and sustained economic growth is there for the taking”, said Mr. Hart.

The recent assessment by the Intergovernmental Panel on Climate Change (IPCC) found that human-induced climate change has already triggered weather and climate extremes throughout every region across the globe.

Unless there are rapid and deep reductions in greenhouse gas emissions in the coming decades, achieving the goals of the 2015 Paris Agreement “will be beyond reach” warned the panel.

But IPCC experts said there is still time to limit climate change.

Strong and sustained reductions in emissions of carbon dioxide (CO2) and other greenhouse gases, could quickly make air quality better, and in 20 to 30 years global temperatures could stabilize. In Australia, average temperatures above land have increased by about 1.4C since 1910. 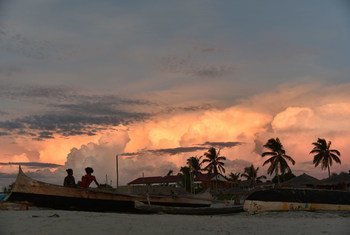 With extreme weather events increasingly impacting countries across the world, the deputy UN chief on Monday underlined the importance of limiting temperature rise to the internationally agreed goal of 1.5 degrees Celsius above pre-industrial levels. 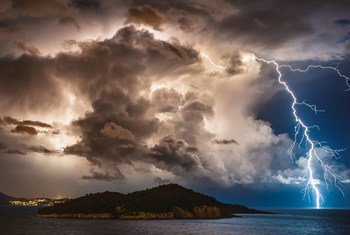