© WFP/Arete
Food and blankets are handed out to people in need in Kabul, the capital of Afghanistan. UNHCR warned that the world cannot allow this “to become a humanitarian catastrophe”

A major humanitarian crisis is looming in Afghanistan, the UN refugee agency, UNHCR, warned again on Friday, amid ongoing uncertainty about the situation for vulnerable Afghans seeking shelter across the country's borders. To address the crisis, the UN announced a major fundraising conference to take place in Geneva on 13 September.

"The conference will advocate for a swift scale-up in funding so the lifesaving humanitarian operation can continue; and appeal for full and unimpeded humanitarian access to make sure Afghans continue to get the essential services they need", said a statement issued on Friday by the UN Spokesperson.

Stéphane Dujarric, said that the UN remains committed to delivering humanitarian assistance to millions of people in need across Afghanistan. "Development gains must also be protected to link the humanitarian response with the medium and long-term stability of Afghanistan. The rights, safety and wellbeing of women and girls are an essential part of this link."

The “reality is, the displacement crisis is inside Afghanistan”, with more than 600,000 Afghans displaced this year, “80 per cent of which are women and children”, said UNHCR spokesperson, Babar Baloch, who was speaking from Pakistan earlier on Friday.

Despite immense challenges and a rapidly evolving humanitarian emergency, UNHCR and partners in Afghanistan are committed to stay and deliver protection and critical aid to displaced Afghans to address the immense and increasing human suffering. pic.twitter.com/YcEK4isO3R

In an appeal to the world not to turn away its attention or focus from Afghans and Afghanistan, he warned that we cannot allow this “to become a humanitarian catastrophe”.

Describing the situation at the country’s borders with Pakistan, Mr. Baloch said UNHCR had not seen such a “large refugee influx”, crossing over into Pakistan and Iran before.

The explanation for this is unclear: “It could be that some of those people may not think they have the right documents, others may not be so comfortable in terms of confronting armed guards at the borders”, he said. “Afghans are still able to come through Pakistan”, he explained, “but it is very regulated,” and you must show documents such as your ID card, passport or visa.

Mr. Baloch’s appeal follows the UNHCR’s repeated call on Tuesday for Afghanistan’s neighbouring States to keep their borders open to those fleeing.

States must provide urgent protection to Afghan journalists and media workers, who fear for their lives and are seeking safety abroad, UN-appointed independent rights experts said on Friday.

The safety of women is of particular concern as they are facing heightened risks since the Taliban’s political takeover of Afghanistan,” they added, as “they may be targeted for working in the media or simply being a woman in public life”.

Reminding the Human Rights Council of the various resolutions on the safety of journalists adopted in recent years, the experts called for expedited visas, assistance with evacuation, and open borders for those who wish to leave Afghanistan.

Reports of targeted killings of journalists and their family members, home raids, threats and intimidation in areas controlled by the Taliban, have sharply increased in recent months, according to the rights experts.

This is taking place “in a context where Afghanistan is already considered one of the most dangerous countries for journalists,” they pointed out. They called on the Council to consider setting up “an investigative and monitoring mechanism for accountability for all human rights violations that have been taking place, including attacks, reprisals and violence against journalists and media workers. 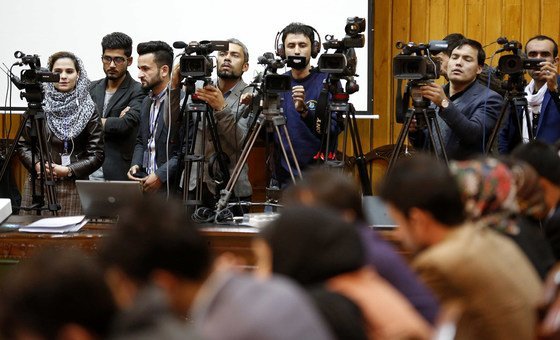 Accountability for human rights violations is critical not only for individual justice but also the prevention of future violations,” they argued.

Emphasizing the crucial prevention role of the Human Rights Council, they called on the Council and all States, to do their utmost to preserve the hard-won gains for media freedom, including for women journalists and media workers.

“Last week’s Council resolution on human rights in Afghanistan fails to address the specific risks faced by journalists and human rights defenders in the country,” they pointed out.

“The safety of journalists, women and men alike, human rights defenders and gender equality activists, must be a key consideration of their engagement on the human rights situation in Afghanistan. It is imperative for all States to stand firmly with the people of Afghanistan,” the experts said.

Independent human rights experts are appointed under the Special Procedures of the Human Rights Council, and are not UN staff, nor are they paid for their work. 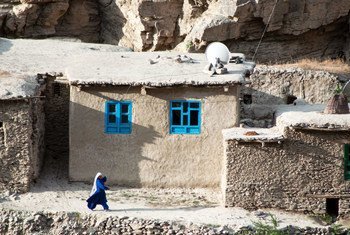 Experts serving on a UN human rights treaty body called on Thursday for the new Taliban-led authorities of Afghanistan to uphold “the international obligations of the State”, particularly in complying with all provisions of the Convention against Torture, outlawing the practice “in any circumstances”.