COVID-19 lockdowns brought rapid and “unprecedented” improvements in air quality in some parts of the world - but not enough to halt climate change caused by global warming, UN weather experts said on Friday.

According to the World Meteorological Organization (WMO)’s Air Quality and Climate Bulletin, South East Asia saw a 40 per cent reduction in the level of harmful airborne particles caused by traffic and energy production in 2020.

Dr Oksana Tarasova, chief of WMO’s Atmospheric Environment Research Division, explained that although the clean air development had been welcome for many people with breathing difficulties, the absence of harmful microparticles left the path clear for naturally occurring ozone, “which is one of most dangerous pollutants”.

“So, despite such an unexpected experiment with atmospheric chemistry, we noticed that in many parts of the world, even if you take down the transport and some other emissions, air quality would not meet the requirements of the World Health Organization (WHO),” she told journalists in Geneva.

“This trend is continuing in 2021,” said WMO, pointing to devastating wildfires in North America, Europe and the Russian tundra, that have “affected air quality for millions, and sand and dust storms (that) have blanketed many regions and travelled across continents”.

The UN agency noted that air pollution has a significant impact on human health. Estimates from the latest Global Burden of Disease assessment show that global mortality increased from 2.3 million in 1990 – with 91 per cent owing to particulate matter, nine per cent attributed to ozone - to 4.5 million in 2019 – 92 per cent from particulates, eight per cent from ozone).

The Air Quality and Climate Bulletin – WMO’s first – is based on studying key air-pollutants from more than 540 observation stations in and around 63 cities from 25 countries, across the world’s seven geographical regions.

WMO noted however that PM2.5 levels “exhibited complex behaviour even within the same region, with increases in some Spanish cities, for instance, which were attributed mainly to the long-range transport of African dust and/or biomass burning”.

Changes in ozone concentrations varied greatly across regions, ranging from no overall change to small increases - as in Europe - and larger increases (up 25 per cent in East Asia and up 30 per cent in South America).

Sulphur dioxide concentrations were 25 – 60 per cent lower in 2020 than during 2015–2019 for all regions, according to WMO’s Bulletin. Carbon monoxide levels were lower for all regions, with the largest decrease in South America, of up to approximately 40 per cent.

Paradoxically, while intense wildfires generated “anomalously high” microparticle pollution in several parts of the world in 2020, WMO explained that forest fires in southwestern Australia in December 2018 and January 2019 “also led to temporary cooling across the southern hemisphere, comparable to that caused by ash from a volcanic eruption”. 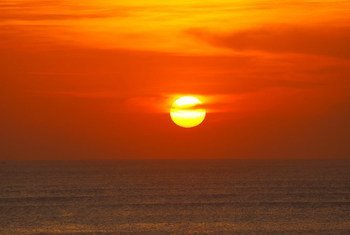 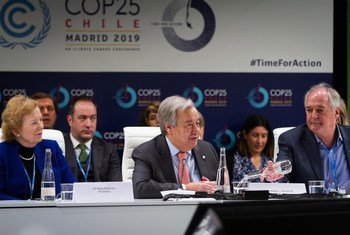