© UNHCR/Yama Noori
Many Afghan families were displaced when the Taliban advanced on Kabul.

Lifesaving medical supplies reached Afghanistan by air on Monday, the first UN shipment to arrive since the Taliban takeover more than a week ago, as UN human rights experts called on the country's new rulers to live up to their promise to fully protect the rights of women and girls in the country.

Announcing the news, the World Health Organization (WHO) said that the successful airlift meant that it could “partially replenish” health facilities’ reserves and ensure that services can continue, for now.

As the airlifts out of Kabul end, the tragedy that has unfolded will fade from our screens. But a far greater humanitarian crisis is just beginning.We must not turn away from the people of Afghanistan.- @FilippoGrandi, UN High Commissioner for Refugeeshttps://t.co/HC1bn13slX

Some 12.5 metric tonnes of supplies arrived in the northern airport of Mazar-i-Sharif, aboard a plane provided by the Government of Pakistan. WHO said that the shipment consisted of enough trauma and emergency health kits to cover the basic health needs of more than 200,000 people, as well as provide 3500 surgical procedures and treat 6500 trauma patients.

The supplies will be delivered immediately to 40 health facilities in 29 provinces across Afghanistan, the UN agency added.

The plane was loaded with the supplies earlier on Monday by WHO’s logistics team at the International Humanitarian City in Dubai, United Arab Emirates.

It is the first of three flights planned with Pakistan International Airlines to fill urgent shortages in medicines and medical supplies in Afghanistan.

“The support of the Pakistani people has been timely and life-saving,” said Dr Ahmed Al Mandhari, WHO Regional Director for the Eastern Mediterranean. While WHO is working with partners to ensure more shipments to the country, the agency said a reliable humanitarian air bridge is urgently required, to scale up the collective humanitarian effort.

Tens of millions of vulnerable Afghans remain in the country and the work of meeting their needs is now just beginning, said the agency adding that the world cannot now divert its attention from the people of Afghanistan at this critical time.

Adding his voice to the appeal, the UN High Commissioner for Refugees, Filippo Grandi has urged the international community to help the many millions in need in Afghanistan and in neighbouring countries.

In an appeal on Monday for long-term solutions for Afghans whose lives have been blighted by 40 years of war, the UN Refugee chief said that although thousands had managed to escape via Kabul airport, “there will still be millions who need the international community to act”.

The UN Committee on the Elimination of Discrimination against Women (CEDAW) and the UN Committee on the Rights of the Child (CRC) have called on the Taliban to honour their pledge to protect Afghan women and girls, and to respect and fulfil the human rights enshrined in the Convention on the Elimination of All Forms of Discrimination against Women and the Convention on the Rights of the Child.

“As the planned withdrawal of international troops from Afghanistan is due to be completed within hours, the Committees urge the Taliban and all other parties to take measures to protect the lives and respect the human rights of women and children", said the independent rights experts, in a statement.

They said they were alarmed by the "restrictive practices and ongoing reports of targeted attacks on women and girls including academics, health workers, human rights defenders, media workers, civil servants and many others who have contributed to the country’s development over the past 20 years, as well as those exercising their right to education."

The statement praised women in public life, adding that "excessive and arbitrary restrictions on women’s and girls’ rights to freedom of movement and expression, education, work and their right to participate...are incompatible with the principles of proportionality and non-discrimination.

Today in Afghanistan, there are nearly 10 million children in desperate need of humanitarian aid.This is what UNICEF is doing to support.https://t.co/PiKETUaYRJ

"Both Committees urge those in power and exercising effective control in Afghanistan to comply with the basic tenets of international human rights and humanitarian law, including their due diligence obligation to prevent and protect women and girls from gender-based violence and discrimination."

Noting that the Taliban has issued a number of statements in recent days referring to their plans to form an inclusive government and allow women to work freely, the Committees "urge the Taliban to honour their own commitments and not to let history repeat itself", the statement said.

There are nearly 10 million children "in desperate need of humanitarian aid" today, according to UNICEF Afghanistan Representative, Hervé Ludovic De Lys, who briefed journalists at UN Headquarters in New York.

"Those least responsible for this crisis, are paying the highest price -- including the children killed and injured in a series of atrocities in Kabul since last Thursday", the senior UN Children's Fund official told correspondents.

"Again, today, I heard of more unsettling reports - of unaccompanied children across the country...more reports of grave violations, including children being recruited by armed groups...All this in a year in which more than 550 children have been killed, and more than 1400 injured."

He said that against a backdrop of conflict and insecurity, children are living in communities that are running out of water because of drought. "They’re missing life-saving vaccines, including against polio, a disease that can paralyze children for life. Many are so malnourished they lie in hospital beds too weak to grasp an outstretched finger.

"These children are deprived of their right to a healthy and protected childhood", he added.

"It is for each and every one of these children that UNICEF is staying. We have been in Afghanistan for 65 years and we’re here to deliver critical aid and enable services for those most in need."

Meanwhile, The UN Educational, Scientific and Cultural Organization (UNESCO) has warned Afghanistan is at risk of seeing progress made over the last two decades totally unravel, in terms of human rights, education and international standards.

The country has made huge strides, but they must be preserved, or the country’s development will be plunged into reverse, it said.

Highlighting the challenges that lie ahead, UNESCO noted that 12 million young people and adults in Afghanistan still lack basic literacy skills, while 81 journalists were killed between 2006 and 2021, with seven fatalities so far this year.

From September 2020 to February 2021, almost one in five women journalists left the profession, due to ongoing violence and threats.

UNESCO said it was monitoring the evolving situation in Afghanistan with particular attention to issues concerning the universal right to education, freedom of expression and heritage.

It urged the international community to step up its support to the Afghan people, as what action it takes now will “serve as a benchmark for the future”. 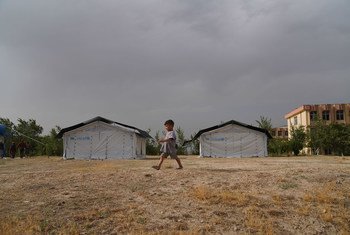 Afghan children ‘at greater risk than ever'

With the needs of Afghan children greater than ever before, the world “cannot abandon them now”, a senior official with the UN Children’s Fund (UNICEF) said on Sunday after concluding a visit to the country. 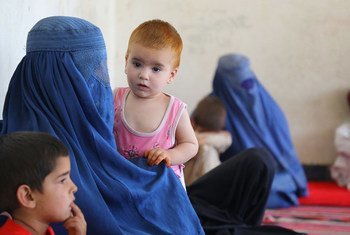 An Afghan doctor has told UN News that he is committed to providing essential healthcare services to people who have fled their homes due to conflict in Afghanistan, but safety fears mean that his future and that of his colleagues, particularly women health workers, is uncertain.