In his message marking the International Day of the World's Indigenous Peoples, the UN chief called for ending the “grievous inequalities” affecting these communities.

“Indigenous peoples around the world continue to face overwhelming marginalization, discrimination and exclusion,” he said.

“Rooted in colonialism and patriarchy, these profound disparities are sustained by a deeply held resistance to recognizing and respecting the rights, dignity, and freedoms of indigenous peoples.”

There are more than 476 million indigenous living in some 90 countries worldwide, representing just over six per cent of the global population.

They have a special relationship with their lands and reflect a vast diversity of unique cultures, traditions, languages and knowledge systems.

Some have also been stripped of political and economic autonomy, while their cultures and languages have been “denigrated and extinguished”.

Mr. Guterres noted that in recent months, the world has again learned about some of the horrors indigenous communities faced at the hands of colonizers.

“Some nations have begun to address this heinous legacy through apologies, truth and reconciliation efforts, and legislative and constitutional reforms.  But much more needs to be done,” he said.

“We need a new social contract – one that restores and honours the rights, dignity and freedoms of those who have been deprived of so much for so long.  Central to this must be genuine dialogue, interaction and willingness to listen.”

The Secretary-General pointed to the 2007 UN Declaration on the Rights of Indigenous Peoples, and the outcome document of the World Conference on Indigenous Peoples held seven years later, as the “tools” to bring about the new social contract.

“There is no excuse for denying the world’s 476 million indigenous peoples self-determination and meaningful participation in all decision-making,” he said.  “Free, prior and informed consent is central for indigenous peoples to exercise their own vision of development.”

Additionally, even though recognition of the importance of indigenous knowledge grows, particularly in relation to solving global challenges such as the climate crisis and preventing emergence of contagious diseases, the UN chief stressed that this knowledge must be owned and shared by indigenous communities themselves.

“On this International Day of the World’s Indigenous Peoples, let us show true solidarity by working to end the grievous inequalities of indigenous peoples worldwide, to fully recognize the abuse they have endured, and to celebrate their knowledge and wisdom,” he said.

Relatedly, while the COVID-19 pandemic has exposed and exacerbated inequalities affecting people worldwide, a UN independent expert warned that even recovery efforts are having some negative impacts on indigenous communities.

Special Rapporteur José Francisco Cali Tzay said economic recovery measures have prioritized and supported the expansion of business operations at the expense of indigenous peoples, their lands and the environment.

“To avoid making the situation even worse, I urge States to involve representatives, leaders and traditional authorities of indigenous peoples, including those living in urban areas, in the design and implementation of recovery policies,” he said.

Mr. Cali Tzay further urged governments to support solutions which put indigenous peoples’ rights to self-determination and land at the core of post-pandemic recovery efforts, in line with 2007 UN Declaration.

Special Rapporteurs and independent experts are appointed by the UN Human Rights Council in Geneva.  They operate in their individual capacity and are neither UN staff, nor do they receive a salary from the Organization. 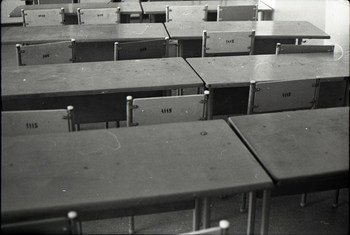