Capping years of deliberations, the UN General Assembly on Monday established a new platform to improve the lives of Afro-descendants, who have for centuries suffered the ills of racism, racial discrimination and the legacy of enslavement around the globe.

The 193-member body unanimously adopted a resolution establishing the United Nations Permanent Forum of People of African Descent, a 10-member advisory body that will work closely with the Geneva-based Human Rights Council.

Further, it will work to identify and analyze best practices, challenges, opportunities and initiatives to address issues relevant to people of African descent as highlighted in the Durban Declaration and Programme of Action, which was adopted 20 years ago at a landmark UN summit against racism and discrimination.

Negotiations on the modalities of the Permanent Forum have been under way since November 2014, when the General Assembly officially launched the International Decade for People of African Descent (2015-2024).

Through the resolution adopted on Monday – which articulates the new body’s mandate for the first time – the Assembly expressed alarm at the spread of racist extremist movements around the globe, and deplored the “ongoing and resurgent scourges” of racism, racial discrimination, xenophobia and related intolerance.

The move comes just days after the Human Rights Council established a panel of experts to investigate systemic racism in policing against people of African descent, and on the heels of a report by the Office of the UN High Commissioner for Human Rights (OHCHR), prompted by the police killing of George Floyd in 2020.

In that report and various public statements, High Commissioner Michelle Bachelet has pointed to the “compounding inequalities” and “stark socioeconomic and political marginalization” faced by Africans and people of African descent in many countries.

The report also notes that “no State has comprehensively accounted for the past or for the current impact of systemic racism” and calls for a transformative agenda to tackle violence against Afro-descendants.

The Permanent Forum of People of African Descent will be made up of five members nominated by Governments and then elected by the General Assembly, and five additional members appointed by the Human Rights Council.

Among other mandates tasks, it will seek to advance the full political, economic and social inclusion of people of African descent in the societies in which they live – as equal citizens without discrimination, and with equal enjoyment of human rights – and contribute to the elaboration of a UN declaration on the rights of persons of African descent.

The Forum will provide expert advice and recommendations to the Human Rights Council, the Assembly’s main committees, and the various UN entities working on issued related to racial discrimination.

It will also collect best practices and monitor progress on the effective implementation of the International Decade’s activities, gathering relevant information from Governments, UN bodies, non-governmental groups and other relevant sources.

The first session of the Permanent Forum will be held in 2022, with subsequent annual sessions rotating between Geneva and New York. 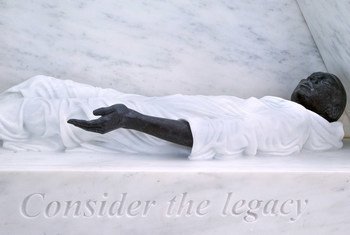 Although the transatlantic slave trade ended more than two centuries ago, “the ideas of white supremacy that underpinned it remain alive”, the UN chief said on Thursday, the International Day of Remembrance of the Victims of Slavery and the Transatlantic Slave Trade. 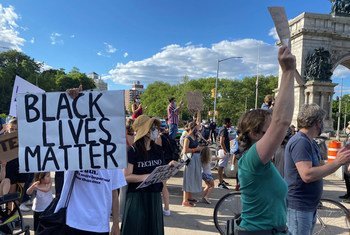 With the COVID-19 pandemic providing fertile ground for the resurgence of racism and discrimination, the head of the UN’s educational and cultural agency, UNESCO, called on Monday for countries to stand united in what she described as “these testing times”.