Rafique Gangat
The market in Old City of East Jerusalem.

Landmark elections in the Occupied Palestinian territory must be rescheduled soon and include East Jerusalem, three UN independent human rights experts said in a statement on Monday.

The first parliamentary and presidential elections in 15 years were scheduled to take place in May and July, respectively.

But they were postponed by Palestinian President Mahmoud Abbas on 29 April, amid concerns about the ability to vote in East Jerusalem.

Expressing their deep concern over the postponement, the UN experts called on the Palestinian Authority and Israel “to take all steps necessary within their power” to reschedule the elections “within a reasonably short timeframe”, and to ensure they are free, fair, democratic, peaceful and credible.

“The Palestinian elections present a monumental opportunity to renew the democratic process, to address the long-standing internal political divisions, to strengthen accountable institutions and to take an important step towards achieving the fundamental national and individual rights of the Palestinian people,” they said.

“We call upon Israel to clearly state that it will allow the full democratic participation of Palestinians in East Jerusalem in the planned elections. As the occupying power in East Jerusalem, it must interfere as little as possible with the rights and daily lives of the Palestinians.”

The rights experts noted that Palestinians in East Jerusalem have the right to participate in elections under the 2005 Oslo Agreements, and have voted on three previous occasions, albeit with considerable difficulties.

“The international community has repeatedly stated, through the UN Security Council and the General Assembly, that all Israeli alterations to East Jerusalem’s demography and to its political and legal status are null and void,” they said. “Here is a golden opportunity for the world to affirm these commitments in the name of democracy and international law.”

They called upon the Palestinian Authority to reschedule the elections for the near future and urged all sides, “including the occupying power”, to respect democratic when they are held.

The Palestinian authorities were also encouraged to remove any legal barriers to full and free participation.

They were disturbed by some aspects of the eligibility rules which “appear to create unjustified obstacles to ensuring a democratic process”, such as the requirement for “political lists” of candidates to pay a $20,000 registration fee.

With half of all eligible voters aged 18 to 33 years, the UN experts observed that this would mark their first time at the polls as the last elections were in 2006.

“We do not underestimate the challenges of holding free and fair democratic elections while under an entrenched and harsh occupation,” they said. “But the elections will only achieve credibility and open the door to political renewal, particularly among younger Palestinians, if all sides respect the values of democracy and human rights.”

They were appointed by the UN Human Rights Council, and serve in their individual capacity and on a voluntary basis.

Independent experts are not UN staff, neither are they paid by the Organization. 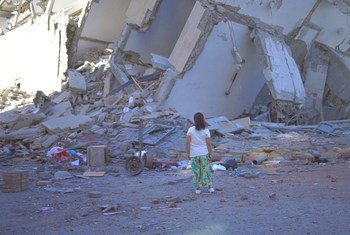