© WFP/Arete/Fredrik Lerneryd
A farmer in the Democratic Republic of the Congo has received agricultural training, tools, and seeds from FAO.

The head of the UN food relief agency called on the world’s richest nations on Thursday to invest more in sustainable living, to feed the world’s growing population.

In his appeal to G20 environment ministers, the Director-General of the UN Food and Agriculture Organization (FAO), Qu Dongyu, highlighted the challenge of having to produce more food while reducing greenhouse gas emissions.

“Today, humanity faces a triple planetary crisis of biodiversity loss, climate crisis and the impact of the pandemic”, he said. “To have healthy food, we need a healthy environment”.

The FAO chief spoke of the need to address water scarcity, which affects more than a billion people, by increasing efficiency and sustainable management.

Almost a billion hectares of rain-fed cropland and pastureland are also severely affected by recurring drought.

Mr. Qu argued that water-related challenges could be addressed through digital innovation, better oversight and investment.

He also called for stepping up biodiversity-friendly approaches, including more investments in related actions and slowing down biodiversity loss.

He stressed that reversing deforestation “will help mitigate against climate change” and prevent disease outbreaks passing from animals to humans, adding that the economic benefits of halting biodiversity loss and land degradation, could amount to $1.4 trillion per year.

The recently launched UN Decade on Ecosystem Restoration, led by FAO and the UN Environment Programme (UNEP), provides an “excellent opportunity to mobilize our collective efforts”, he said.

FAO is calling for urgent action to reverse the alarming rate of biodiversity loss, recommending scaled up mitigation approaches and actions across the food and agricultural sectors.

Mr. Qu emphasized the UN agency’s work was guided by the need to make agri-food systems more efficient, resilient, inclusive and sustainable – all with the aim of achieving the so-called “four betters”: better production, nutrition, environment and life, leaving no one behind.

The World Food Forum (WFF) – created for and led by the Food and Agriculture’s (FAO) Youth Committee – announced on Thursday the launch of an international competition in partnership with the non-profit Extreme Tech Challenge (XTC) to support and showcase entrepreneurs harnessing technology to drive the sustainable transformation of agri-food systems, to end world hunger.

The WFF Startup Innovation Awards will be presented on 2 October to the successful contestants who have built companies aligned to the “four betters”.

“We are thrilled to join XTC in this partnership and to leverage their extraordinary pool of transformative startups to make a material impact in both of our organizations’ sustained efforts to tackle this global challenge”.

Meanwhile, the Food Systems Pre-Summit is gearing to run from Monday to Wednesday next week, ahead of the major Summit itself, due to take place later this year.

Journalists who have yet to register for next week’s virtual event, are being encouraged to do so here.

It’s being convened as part of the Decade of Action to achieve the Sustainable Development Goals (SDGs) by 2030.

The aim of the high-level meeting is to bring together key players from the worlds of science, business, policy, healthcare, academia and others to launch bold actions towards progress on all 17 SDGs – each of which relies to some degree on healthier, more sustainable and equitable food systems. 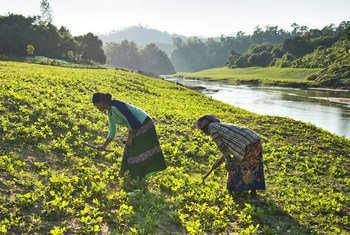 Job losses caused by the COVID-19 pandemic combined with high food prices are making it hard for millions of families to get enough to eat, the World Food Programme (WFP) warned on Thursday. 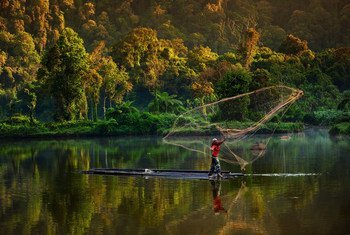 Heads of Government, religious leaders, activists and artists joined the United Nations on Friday in a rallying cry to heal the planet, launching the UN Decade on Ecosystem Restoration.