Marking World Chess Day on Tuesday, the UN is celebrating the fact that while COVID-19 has forced most sports to scale down, this ancient game of intellect, not brute strength, has demonstrated remarkable resilience and adaptability throughout months of lockdown worldwide.

Games and sports of all kind, have always helped reduce anxieties, improve mental health, and survive times of crisis.

Over the past few months, the overall interest in chess has reportedly doubled with more players than ever playing in events online.

A combination of strategic and scientific thinking, combined with elements of pure art, chess is one of the most cultural of games handed down over generations, the UN recognizes.

Affordable and inclusive, chess can be played anywhere and played by all – across the barriers of language, age, gender, physical ability and social status.

Because it is a global game that promotes fairness and mutual respect, it can contribute to an atmosphere of tolerance and understanding among peoples and nations, according to the UN.

With the start of the Olympics in Tokyo just days away, the UN credits sport, arts and physical activity with the power to change perceptions and prejudices.

The world body also sees them as inspiring people, breaking down racial and political barriers, combating discrimination and defusing conflict.

Therefore, according to the Organization, they contribute to peace, cooperation, solidarity and health at local, regional and international levels.

On 12 December 2019, to mark the date of the establishment of the International Chess Federation (FIDE) in Paris in 1924, the General Assembly proclaimed 20 July as World Chess Day.

The UN’s designation of the day will not only recognize the important role of the FIDE in supporting international cooperation for chess activity and aiming to improve friendly harmony among all peoples of the world, but also to provide an important platform to foster dialogue, solidarity and culture of peace.

UNICEF
Chess and a friend's notebook help Syrian boy cope with loss | UNICEF
♦ Receive daily updates directly in your inbox - Subscribe here to a topic.
♦ Download the UN News app for your iOS or Android devices. 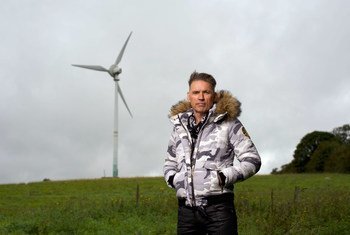 A football club in the west of England has been recognized by the United Nations for its leading role in setting goals to tackle climate change, from planning a low-carbon stadium, to selling only 100 per cent vegan food. Ahead of the kick-off  of the delayed Euro 2020 football competition, owner and chairman, Dale Vince, told UN News that the club aims to be a beacon of sustainability in the sporting world 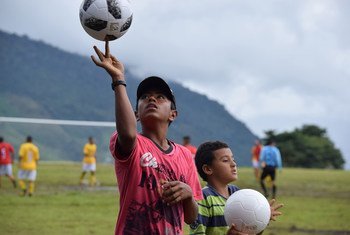 The United Nations Secretary-General on Tuesday urged everyone involved in the sport sector to help advance climate action, combat discrimination and prejudice, and ensure that global sporting events leave a positive legacy.