Human rights defenders in Myanmar are being targeted under a “brute force terror campaign” by the military junta, United Nations independent experts said on Monday, calling again for a stronger international response to the coup.

Their homes were raided, possessions seized, and family members threatened and harassed, they said, noting that many others who where unable to flee, have been arbitrarily arrested.

Lawyers representing those detained after the coup have themselves been detained, as have journalists covering the protests, the statement added.

Special Rapporteur Andrews said that the people of Myanmar appreciate the expressions of concern from the international community, “but what they desperately need, is action”.

“It is critical that nations stand with and for the besieged people of Myanmar who are being held hostage by an illegal military junta. It is time for strong, focused and coordinate action that includes economic sanctions and an arms embargo.”

“A more determined, unified international solidarity with human rights defenders in Myanmar is required to avoid further attacks”, Mr. Andrews added, reiterating his call for an Emergency Coalition for the People of Myanmar to stop what he described as the junta’s “reign of terror” in the country.

More than 892 men, women and children have been killed and countless more wounded by security forces in a brutal crackdown since the 1 February coup.

According to humanitarians, thousands of people across Myanmar have also been displaced due to clashes between the military and regional armed groups, and the situation is further complicated by the worsening COVID-19 situation, which risks overwhelming health and medical services across the country.

“Women human rights defenders are particularly at risk in remote rural areas and are often beaten and kicked before being sent to prison where they can face torture and sexual violence with no medical care provided”, Ms. Lawlor said.

“We have heard from women human rights defenders from different ethnic groups in various areas of the country. Their bravery in continuing to speak out against the human rights violations being perpetrated by the military against the country’s population, coming as it does in the face of threats of gender-based violence and massive risks for their safety, is astonishing.” 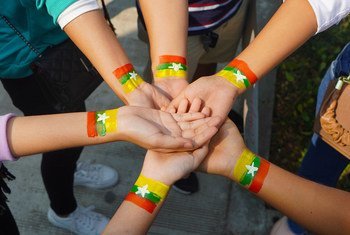 Surging COVID-19 cases as the Delta variant spreads, a collapsed health system, and “deep mistrust” of the military junta, are a “perfect storm” of factors that could lead to further major loss of life in Myanmar, the UN independent expert on the human rights situation in the country warned on Wednesday. 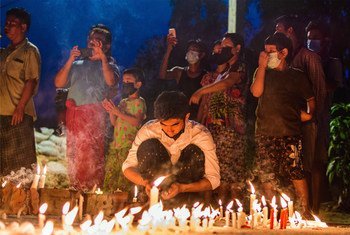