Unsplash/Matthew Ansley
One in three prisoners worldwide is being held without a trial, according to UNODC. (file)

One in three prisoners around the world is being held without having stood trial or been found guilty by any court, according to a new study published on Friday by the UN Office on Drugs and Crime (UNODC).

Released ahead of Nelson Mandela International Day, celebrating perhaps the best known political prisoner of all time, the first global research data on prisons released by the UN, examines the long-term trends of incarceration.

As the global population grew 21 per cent, between 2000 and 2019, the number of prisoners worldwide jumped by more than 25 per cent, according to the UNODC data.

By the end of this period, 11.7 million people had been incarcerated – a population comparable in size to countries such as Bolivia, Burundi, Belgium, or Tunisia.

Breaking down the numbers

While Northern America, Sub-Saharan Africa and Eastern Europe have experienced a long-term decrease in imprisonment rates of up to 27 per cent, other regions and countries, such as Latin America, Australia and New Zealand, have seen up to 68 per cent growth over the last two decades, the study revealed.

Some 93 per cent of detainees around the globe are men.

However, during this period, the number of women in prison has increased at a faster pace, surging by 33 per cent, versus 25 per cent for men.

As guardian of the UN Standard Minimum Rules for the Treatment of Prisoners, known as the Nelson Mandela Rules, UNODC also looked at data on overcrowding in prisons.

While the rates vary substantially across regions, in roughly half of all countries with available data, prison systems are operating at more than 100 per cent of their intended capacity. 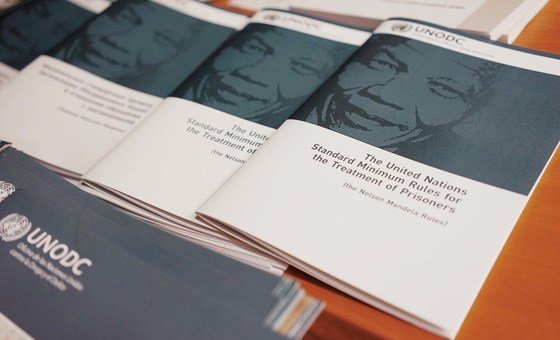 The COVID-19 pandemic has drastically shifted attention towards the issue of prison overcrowding.

According to a global analysis of Government and open sources, as of last May, nearly 550,000 prisoners in 122 countries have become infected with COVID-19.

And there have been close to 4,000 prison fatalities, stretching across 47 countries.

In response to the pandemic, some prisons limited recreation time, work opportunities, and visitation rights – all essential components of rehabilitation programmes.

With prevention measures often difficult to implement in detention centres, especially overcrowded ones, some countries opted to temporarily release large numbers of people in custody, particularly those convicted of non-violent offences.

Since March, roughly six per cent of the estimated global prison population - which translates to at least 700,000 inmates - have been authorized or considered eligible for at least temporary release through COVID emergency mechanisms adopted by 119 Member States. 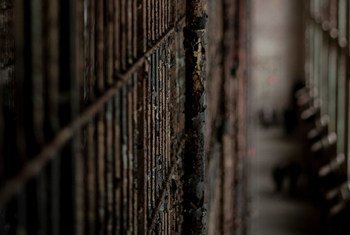 A UN-appointed independent rights expert has spoken out following the death in custody of a renowned Catholic priest, who suffered from Parkinson’s Disease. 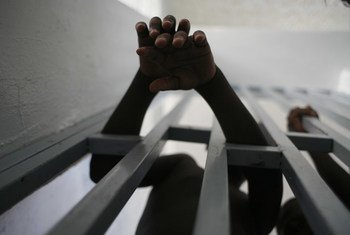 Extreme overcrowding and lack of access to food, water and health, are among the ‘inhumane conditions’ that prisoners in Haiti must endure, often over the course of many years, according to a new UN report.