UNOCHA/Giles Clarke
Libya continues to struggle to recover from conflict and insecurity.

“Positive steps are now needed to avoid backsliding”, he told the ministerial-level meeting.

To avoid a return to conflict, violence and chaos, Mr. Kubiš, who also heads the UN Support Mission in Libya (UNSMIL), underscored the “overwhelming demand and expectations” of both Libya’s citizens and the international community for timely elections that are necessary to complete the country’s democratic transition.

The Central Mediterranean route between Libya and Italy was the deadliest, claiming 741 lives so far this year. https://t.co/zp1qLcpEPX

Despite wide-ranging meetings resulting in commitments to hold elections on 24 December, the UN official said that many of his interlocuters “are not ready to walk the talk”.

Noting that the constitutional basis for elections “should have been clarified by now”, he said that even after extensive sessions in Geneva last month, members of the decision-making Libyan Political Dialogue Forum (LPDF) remained “fragmented”.

“Because of this failure of both constitutional reform bodies and the LPDF, the situation in Libya is getting more difficult, confrontational, and tense”, said the UNSMIL chief.

“Institutional, political and individual interests” stand in the way of finalizing the necessary legal framework for holding December elections, he said, calling those obstructing progress, “spoilers”.

The UN official expressed deep concern over the wider consequences of the political and electoral stalemate.

He warned that if the impasse is not resolved quickly, it could reverse the positive momentum seen just a few months.

“The ramifications of the political impasse and the risk it poses to other key national priorities”, particularly on the security and economic side, “are already beginning to manifest themselves”, Mr. Kubiš cautioned.

Although the October ceasefire agreement continues to hold, the UN envoy raised concern over the unity of the military representatives from the opposing sides, called the 5+5 Libyan Joint Military Commission (JMC), fearing that the agreement could unravel if the political process remains stalled.

Stressing JMC’s “vital role” in implementing the agreement and paving the way for political progress, he emphasized that “every effort” must be made to “preserve its unity” and insulate its work from the “political stalemate”.

The Government and 5+5 JMC have indicated that the main task of the UN component should be the monitoring the withdrawal of mercenaries and foreign fighters, rather than verifying compliance with the ceasefire agreement.

Mr. Kubiš said “it is imperative that Libyan and international actors agree on a plan to commence and complete withdrawal”.

He also warned of renewed terrorist activities by violent extremists, particularly the in south, and urged those with a stake in Libya’s security, to jointly address the threat.

While the overall humanitarian situation has improved since the ceasefire, serious challenges remain in ensuring that returned internally displaced people (IDPs) have adequate and sustained access to basic services, such as healthcare and education facilities.

The UN official noted that planned and often forced evictions targeting IDP communities by Libyan authorities is a growing concern, as are migrants and refugee attacks, reminding that “forced evictions without due process are human rights violations”.

At the same time, the migrant and refugee situation remains “dire” as the number of people attempting to cross the Mediterranean continues to increase.

“By 26 June, the Libyan Coast Guard intercepted and returned to Libya 14,751 migrants and refugees, exceeding the total number of all returnees in 2020”, he said, urging the Government to “swiftly approve” the resumption of humanitarian evacuation and voluntary resettlement and return of migrant and refugees from Libya.

Concluding on a positive note, Mr. Kubiš reported that the Committee of Libyan Experts on Combating Violence Against Women adopted in June the first comprehensive draft legislation in the Middle East region on combating violence against women. 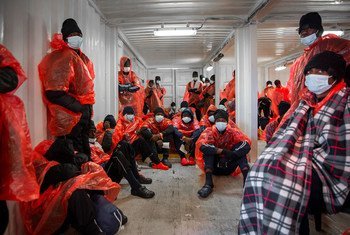 Deaths of migrants travelling by dangerous sea routes to Europe have soared in the first six months of the year. At least 1,146 people died attempting to reach Europe by boat from January to June, the UN migration agency, IOM said on Wednesday. 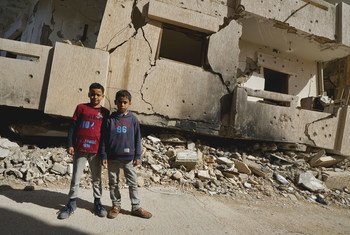 Full implementation of a historic ceasefire agreement and the withdrawal of foreign forces are critical for consolidating peace in Libya, UN Secretary-General António Guterres said on Wednesday in remarks to a major international meeting aimed at shoring up the country after a decade of civil conflict.