© UNICEF/Ashmita Parelkar
A strong, sustainable and inclusive recovery from the COVID pandemic is needed to keep the promise of the 2030 Agenda.

“Nearly one person in three around the world could not access adequate food in 2020 – an increase of nearly 320 million people in one year”, Secretary-General António Guterres told the Opening of the Ministerial Segment of the High-Level Political Forum on Sustainable Development (HLPF), the UN’s core review platform of the 2030 Agenda for Sustainable Development and its 17 SDGs.

⏰ It's time to #BeBold on energy⚡Sign up to an Energy Compact &amp; make a commitment to advance clean, affordable energy for all by 2030 and net-zero emissions by 2050. Learn more https://t.co/IagU9NSZgG#HLDE2021 #SustainableEnergy pic.twitter.com/CiVJWy0Nxu

He painted a grim picture of an estimated 4.6 per cent drop in the global GDP during last year; the equivalent of 255 million full-time jobs lost in working hours.

He said two-in-three students were still affected by school closures – with many, particularly girls, who may never return, contributing to a surge in child marriage and increased child labour.

“Violence against women has risen to shocking levels, with reports doubling and tripling in some places”, he added, while pointing to the added burden of unpaid domestic and care work that is “squeezing women out of the labour force”.

Meanwhile, the climate crisis and growing inequality, have become even more dangerous as carbon dioxide concentrations have soared to the highest level in three million years, some “148 per cent above pre-industrial levels”, said Mr. Guterres.

Biodiversity is declining at an “unprecedented and alarming rate”, with one million species risking extinction and 10 million hectares of forests lost annually.

And inequality is at unsustainable levels as the net worth of some 2,500 billionaires increased by over $5.2 billion per day during the pandemic, while four billion are still without any form of basic social protection.

“All the while, conflicts and crises have left one per cent of the world’s population forcibly displaced”, the UN chief said.

Noting that “we are moving farther away from our goals”, the Secretary-General highlighted that those living in poverty is expected to represent seven per cent by 2030 – only marginally below 2015 levels - while temperature increases have put us “on the verge of the abyss”.

However, he maintained that the situation “can and must” be turned around.

"We have the knowledge, the science, the technology and the resources”, said the UN chief. “What we need is unity of purpose, effective leadership from all sectors, and urgent, ambitious action”.

The Secretary-General emphasized that the Forum can “help turn the tide” during this “pivotal time”.

To end the pandemic and get the SDGs back on track, he called for decisive action in four key areas, beginning with global access to COVID-19 vaccines, tests, treatments and support.

He stressed the need for “urgent, ambitious climate action, including on finance”, and thirdly, for investing in more equal and inclusive societies.

Finally, he said development finance would underpin the cost of decisive action: “Let us renew our determination to build a strong, sustainable and inclusive recovery from the pandemic, and to take decisive action together to defeat the climate crisis and keep the promise of the 2030 Agenda.”

The President of the Economic and Social Council (ECOSOC), Munir Akram, urged the world to rally around the SDGs to prevent the next pandemic.

“Critical times call for bold solutions”, he said. Mr. Akram hailed the HLPF as an opportunity to demonstrate the solidarity and cooperation needed for a global recovery strategy.

“At the HLPF, we set course towards the Global Goals and a greener, safer, more just future. Join us”.

Meanwhile, General Assembly President Volkan Bozkir, called the future of sustainable development “inclusive, resilient and green” and encouraged the participants to “seize this moment” and build back better. 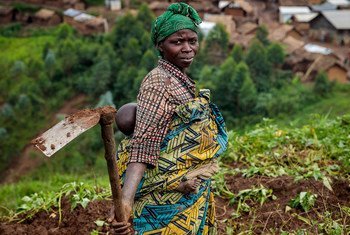 The world was not on track to meet the 17 Sustainable Development Goals (SDGs) before COVID-19 struck, and now the challenge has been magnified many times over, according to a new flagship UN report that indicates countries must take ‘critical’ steps on the road out of the pandemic, during the next 18 months. 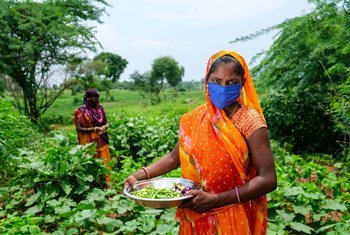 Leading figures from government, business and civil society are preparing to take part in this year’s High Level Political Forum on sustainable development (HLPF), where they will discuss ways to recover from the impact of the COVID-19 pandemic, and turn the deadly crisis into an opportunity for a major shift towards a more sustainable global economy.