UN Photo/Tobin Jones
A Somali resident sells meat at a market in Hudur, where food shortages continue to cause suffering.

Between 720 and 811 million people in the world faced hunger in 2020 – some 161 million more than for 2019  – the UN Secretary-General said on Monday; “new, tragic data”, which indicates the world is “tremendously off track” to achieve the Sustainable Development Goals (SDGs) by 2030.

“High costs, coupled with persistently high levels of poverty and income inequality, continue to keep healthy diets out of reach for around three billion people, in every region of the world”, added António Guterres, in a statement highlighting the importance of the global Food Systems Summit, due to take place in September.

In a world of plenty, we have no excuse for billions of people to lack access to a healthy diet. This is unacceptable - @antonioguterres. His full statement on the Food Systems Summit: https://t.co/RZcENQgNy1

Although hunger has been on the rise for several years, the UN chief pointed out that in 2021, “we are failing to provide what is a fundamental right for people around the world”.

And COVID-19 has not only made things worse, but also highlighted the linkages between inequality, poverty, food and disease.

Despite a 300 per cent increase in global food production since the mid-1960s, according to the Secretary-General, “malnutrition is a leading factor contributing to reduced life expectancy”.

He cited climate change as both “a driver and a consequence of hunger”, adding that “our war with nature” includes a food system that generates one third of all greenhouse gas emissions and is also responsible for up to 80 per cent of biodiversity loss.

As recognized in the 2030 Development Agenda, hunger and malnutrition are interconnected and must be addressed in conjunction with other global challenges.

“It is time to keep our promise”, said Mr. Guterres.

In a world of plenty, he stressed that it is unacceptable for billions of people to lack access to healthy diets and warned that time is running out to make “the urgent shifts” needed to limit global temperature rise.

Prior to kicking off the Summit during the opening of the General Assembly in September, later this month the UN chief will convene a Pre-Summit in Rome to hammer out how to address hunger, the climate emergency, inequality and conflict together – all needed to urgently transform global food systems.

“We have heard thousands of voices around the world and ideas of women, indigenous peoples and the young people that are the future of our food systems”, said Mr. Guterres, referring to national dialogues conducted across the globe.

Their ideas on “green transitions” to promote decent work, improve technology access and reset humanity’s relationship with the planet, will all be fed into the Summit.

While supporting billions of jobs, food also brings families and communities together, reminded the Secretary-General. And making changes in food systems would not only limit pandemic impacts but also shift to a safer, fairer, more sustainable world.

Describing the social, environmental and economic facets of food systems as “profound”, he spelled out: “Our relationship with food is a fundamental part of all aspects of life on earth”.

Noting that the 2030 Agenda is the blueprint to recover from COVID, the UN chief stressed that investing in food system changes would support the transformation. 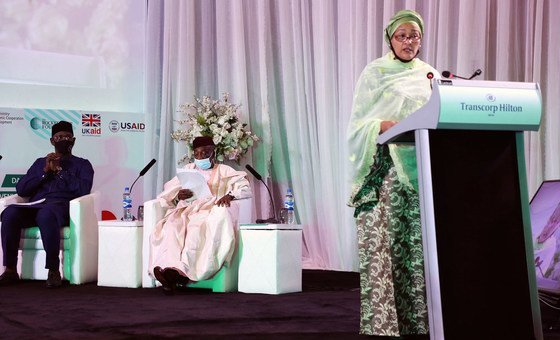 “It is one of the smartest – and most necessary investments we can make”, he said.

Highlighting one national discussion over the issue, speaking in Nigeria, Deputy Secretary-General Amina Mohammed depicted changing food systems as “an opportunity to drive progress across all SDGs”.

By working together and embracing the needed transformations, she maintained that both people and planet can be healed.

“If we are to address the climate emergency, ensure better health and well-being of people, while also overcoming inequality, we must transform our food systems”, she told the Nigeria national consolidatory dialogue in Abuja, at the end of last month.

The deputy chief observed that Nigeria had been a leader in conducting discussions throughout the country’s six geo-political zones.

“It’s obvious that the dialogues have generated a wealth of inputs and ideas. But, crucially, they have also fostered opportunities for enhanced collaboration with one another”, she said.

According to Ms. Mohammed, the dialogues have recognized the importance of the right to food and the need to strengthen partnerships across all sectors and at all scales. 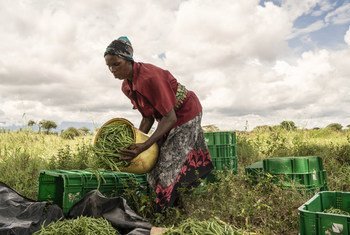 Global hunger levels have skyrocketed because of conflict, climate change and the economic impact of COVID-19; and one in five children around the world is stunted, UN agencies warned on Monday. 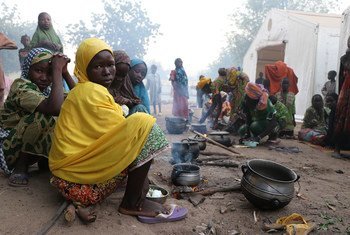 Famine is already present in four countries but millions more people are at risk, the World Food Programme (WFP) warned on Tuesday, underscoring the need for urgent funding and humanitarian access to reach those in need.